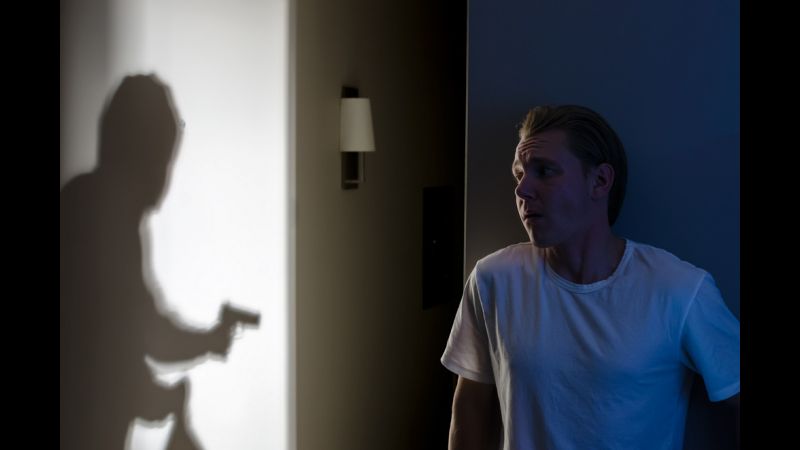 Medical Guardian client Steven H. was skeptical about purchasing a medical alert device at first. He wasn’t really sure that he needed it, having just moved to a new neighborhood in Fort Wayne, Indiana in order to move in with his sister and nephew. Since he wasn’t living alone, he didn’t think he would need a medical alert system.

After several phone calls with Life Safety Consultant, Paul Barris, Steven finally caved in and decided to purchase a Mobile Guardian. Having received his new device at the beginning of February, Steven decided to activate the system but took his time feeling comfortable wearing his wristband. He finally decided to slip it onto his wrist on the evening of February 25, 2015 and it ended up saving his life, but not in the way he had anticipated.

That same evening, as his family was getting ready for bed, three armed robbers broke into their home wielding shotguns. They fired several warning shots and ordered everyone to get down on the floor. That’s when Steven sprang into action and pushed the button on his wrist. When the Medical Guardian emergency operator’s voice came through on the speaker box, the robbers were scared and fled the scene. Steven was able to recount the traumatizing situation to the operator, who called the police for Steven and his family.

According to Steven, three young men (between the ages of 17 and 21) broke into his house wearing hoodies. One was wielding a shotgun and the other two carried pistols. They fired warning shots into the air and instructed Steven to get down on the floor in his bedroom. When his sister and nephew came out to see what was going on, they ordered them to go into their bedroom and get down on the floor as well. The robbers then began rifling through the house, looking for money. While on the floor, Steven decided to press the emergency button on his wristband, and the robbers fled after hearing the voice of the Medical Guardina emergency operator come through on the line. The police arrived while Steven was relaying this story to that same operator and they disconnected so that Steven could file a report with his local police.

An Unexpected Way to Save Your Life

The next day, Medical Guardian Client Services Specialist Sharon Kilcrest received a phone call from Steven, who called to thank Medical Guardian for providing him with a device that saved his life and the lives of his sister and nephew. He also reported some good news: police had caught two of the robbers.

This story embodies exactly what Medical Guardian stands for: keeping you prepared and protected for the emergencies you can’t plan for, whether they are medical, or involve home invasion or fires. Medical Guardian promises to be there for you and your family when you need us most.