We're not a company with a distant leadership team, that's just not how we work. Our thought leaders work directly with department team members so that we better ourselves and our service. 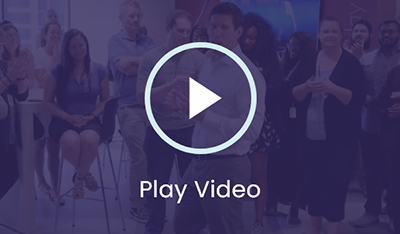 Who are responsible for driving our innovative, forward-thinking approach to the medical alert industry. 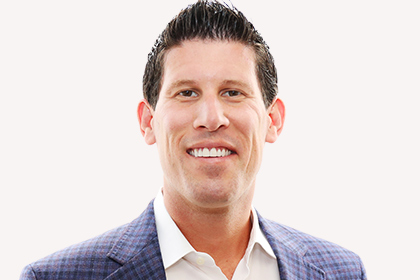 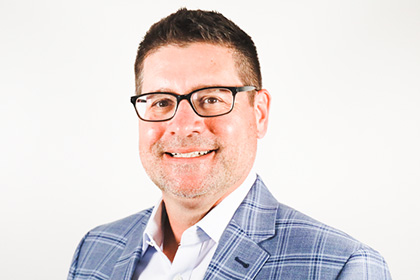 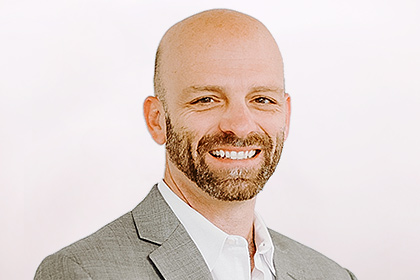 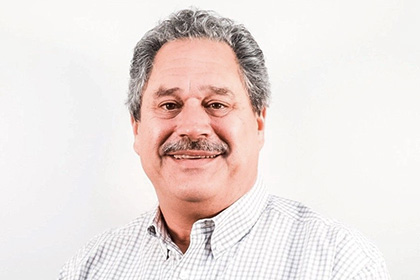 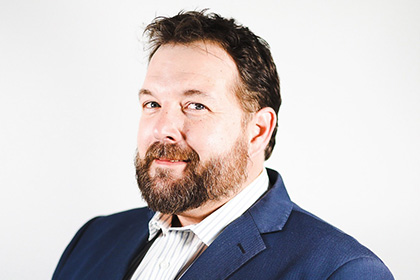 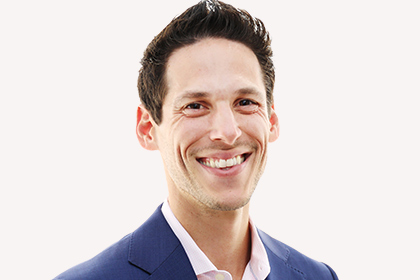 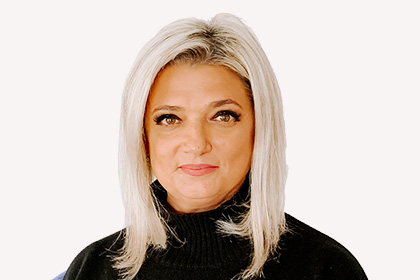 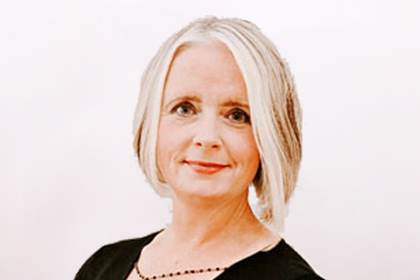 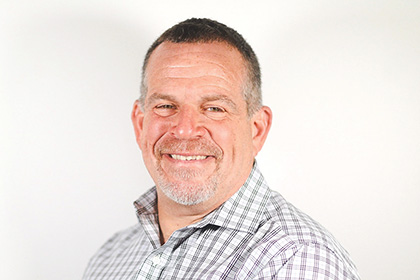 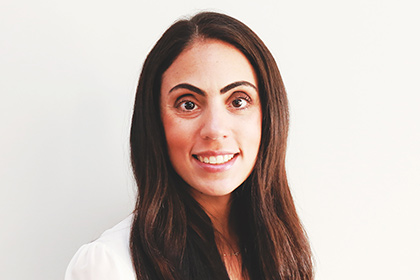 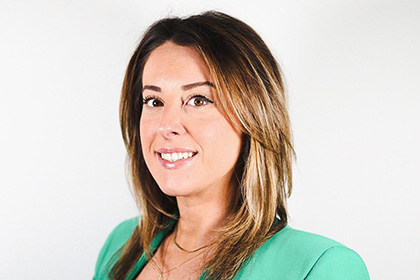 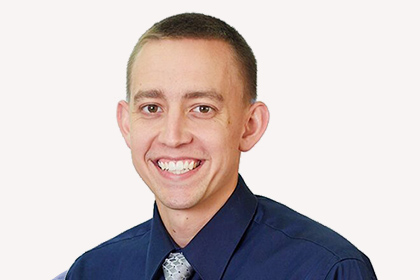 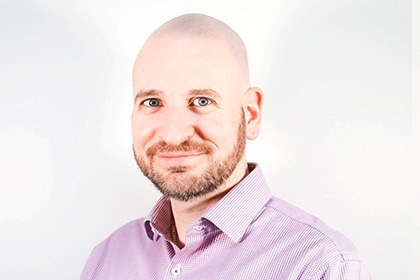 Medical Guardian was named one of the "Best Places to Work" by Philadelphia Business Journal in 2015 and 2018, included in "Philly 100" fastest growing companies, and listed in Inc. 5000's list of fastest growing American companies for the seventh consecutive year in 2019.

Geoff was named Ernst & Young's 2019 Entrepreneur of the Year and a Glassdoor Top CEO in 2018, ranking #38 in the U.S. small-and-medium-sized business category. In 2016, Geoff was named to the "Most Admired CEO's" list by the Philadelphia Business Journal. He has also been named a "40 under 40" by the Philadelphia Business Journal and Direct Marketing News, and Smart CEO Magazine's "Future 50". Geoff sits on the Board of Directors for the Medical Alert Monitoring Association, the National Multiple Sclerosis Society of the Delaware Valley, the Please Touch Museum, and as a Co-Chair of Children's Hospital of Philadelphia largest fundraiser event, "Cheers for CHOP." He's also a member of the Young President's Organization (YPO).

Mark joins Medical Guardian with more than 25 years of management experience, 10 of which were focused in the Healthcare space. Mark's most recent role was as CEO of Connect America, a leading provider of personal emergency response systems. During his six years there, Mark significantly expanded the company's Marketing and Sales capabilities, helping grow the business to one of the largest providers in North America.

Before Connect America, Mark spent four years at CVS Pharmacy, where he managed a healthcare department focused on disease state management and home healthcare. During his time there, he was able to significantly grow market share and drive increased profits.

Mark's passion is to motivate and support teams of great people. He strongly believes that working together is the key to delivering exceptional results. In addition to running the day-to-day operations and working closely with each department, Mark also plays an essential role in obtaining new business and partnerships to fuel Medical Guardian's growth in the coming years.

Mark has 25+ years of strategic finance experience across multiple sectors and companies. Most recently Mark was the Chief Financial Officer at Gopuff where he led the growth and scale of enterprise value over 3500%. Over the past 3 years Mark has driven growth by building a world class finance organization focused on profitability and strategic acquisitions.

Prior to Gopuff, Mark led Accounting and Finance organizations for large retail and technology corporations including eBay Enterprise (now Radial), Aramark, and Wawa. Mark began his career in the Philadelphia startup scene, building teams and partnership to successfully work through an acquisition and IPO at Zany Brainy.

Mark received his MBA in Finance and BS in Accounting from Drexel University and sits on the Steering Committee of the CFO Leadership Council.

Robert joins Medical Guardian with over 11 years of experience in call center management. Beginning a career in sales in 1999, Robert excelled through multiple levels of sales management leading to positions as either Vice President or Senior Vice President of Sales. He also expanded his career skills and professional education by becoming an RCCSP Certified Call Center Manager, completing Ken Blanchard Situational Leadership II Training and the Wharton School of Business Executive Development Program.

One of Robert's most notable experiences was a tremendous 8-year run while working as Vice President of Sales and Counseling for Nutrisystem, Inc. Charged with driving performance for a 400-person call center, Robert was responsible for sales growth of $38 million annually to over $775 million annually.

Robert strongly believes in coaching and developing talent with a strong emphasis on creating a sales culture that continues to strive for excellence. Robert's passion lies in inside sales operations with both an entrepreneurial spirit and a strategic plan focused on expansion through driving sales performance.

Brian Simmermon is the Chief Information Officer at Medical Guardian, a Rowan University alumni, and a board member for the tech-focused non-profit organization named Hopeworks. His passion for innovation and forward thinking has contributed to a long list of notable achievements in his 30 years of direct business and technology experience.

One of Brian’s most impressive achievements took place within his first year as CIO of Advanced Call Center Technologies. Within a month’s time, he created infrastructure for over 5,000 call center agents to work from home but still benefit from the same secure environments that agents had come to expect from their on-site experience. This ambitious approach to improving customer and employee experiences is one of the factors that has led to his operational success in a variety of domestic and international markets.

Matt Guerrieri is the Chief Marketing Officer at Medical Guardian and a Philadelphia Business Journal 40 Under 40 nominee. Matt graduated from Ohio State University in 2009 with a Bachelors' Degree in Social Communications and Marketing. In 2010 Matthew joined Digitas Health, an interactive marketing agency catering exclusively to pharmaceutical companies. In 2011, the agency integrated into the Publicis Healthcare Communications Group (PHCG), the world's largest healthcare communications network, where Matt was promoted to the role of Media Planner for AstraZeneca.

In 2013, Matthew was hired as the Digital Marketing Manager at Medical Guardian at age 26 and was promoted after a year and a half to Director of Marketing, earning his spot on the company's Executive Team before the age of 30. He's helped the Medical Guardian secure partnerships with retail giants like Costco, CVS, Walmart, and QVC, as well as upwards of $105 million in capital investment from Apollo Global Management.

Pete is a graduate of Drexel University with a B.S. in Electrical Engineering and over 25 years of technical operations and executive management experience. He started his career as Director of Technical Programs at Formation Inc. developing embedded control systems for the radar communications and large storage markets. While at Formation, Pete led their ISO 9000 certification effort.

In 1998 Pete founded and served as President of SNiP Telecommunications, a Philly Metro based regional telephone and Internet company where he was responsible for IT, sales and marketing, and call center operations.

In 2010 SNiP was acquired by NetCarrier and Pete continued his career as a business process consultant specializing in helping companies use tools like Salesforce.com and Microsoft Dynamics CRM to streaming their operations. He then joined Medical Guardian in June 2015.

Eliza joined Medical Guardian in 2017 with 8 years of Healthcare experience. Prior to her role at MG, Eliza worked as a Program Director and Project Manager for several multifunctional Healthcare Centers in Philadelphia. With a strong background in Healthcare project portfolios as well as experience managing large and complex company initiatives, she brings a versatile skill set that fosters an intricate understanding of stakeholder needs and project design.

Eliza has been integral in the planning and execution of Medical Guardian project priorities. In her current role she works directly with the IT department to communicate and develop strategies around technical implementations of software and web development projects. After receiving her certification from the Project Management Institute, she has played a crucial role in streamlining operational functioning and product innovation at Medical Guardian.

Sean joined Medical Guardian in June 2014 as the Controller. Leading the finance team Sean is responsible for the overall accounting and financial reporting functions for Medical Guardian LLC. In addition he also oversees Medical Guardian's billing and collections department.

Prior to joining Medical Guardian, Sean spent over twelve years in public accounting at Elko & Associates Ltd. While at Elko, he led teams on audit and review engagements, prepared complex corporate tax returns and performed due diligence for lender support in the security and alarm industry.

Sean is a 2004 graduate from Widener University where he received a Bachelor of Science in Accounting.

Karina's 20+ years experience includes 8 years at Subaru of America and 12 years at the Hibbert Group, as a leader of the IT Development and Ops Team. Specializing in project management life cycles and Agile methodologies, Karina also has extensive experience with implementing large-scale B2C and DTC web application initiatives.

Derek Gerberich is the Vice President of Marketing at Medical Guardian, overseeing performance marketing, marketing technology, and marketing analytics for the team.

Derek arrived at Medical Guardian with nearly a decade of experience in digital performance media consulting. Some of his notable work included leading digital media efforts for Five9 which culminated in a $15B purchase offer from Zoom.

Derek graduated from Penn State University with his Master’s Degree in Statistics.

Emily graduated from Penn State's Schreyer's Honors College with a B.S. in Recreation Park and Tourism Management and a minor in Business. After graduation, she moved to New York City to work as a Buyer for Bloomingdale's Department Stores. After two years in the buying office, she transitioned into Human Resources and spent five years running and managing the Executive Buying Program. Emily then spent a year at Bloomingdales.com as a Recruiter before moving back to Philadelphia. Throughout her time in NYC, Emily earned her PHR Certification (Professional In Human Resources) from Pace University.

Howard has joined Medical Guardian with over 20 years of experience in the Medical Alert and Life Safety industries. As the Director of New Business Development, he continues to expand Medical Guardian's footprint with national partnerships and strategic alliances, as well as its dealer and affiliate business.

Prior to joining Medical Guardian, Howard has been a consultant in the Healthcare, Security and PERS industries for such things as product manufacturing, marketing strategies, and sales growth implementations. He also served as Vice President of Business Development at Connect America.

Howard has been recognized and received awards by such companies as Honeywell, General Electric, and First Alert for his business growth and partnership strategy programs.

His genuine love for helping others and carrying out our mission is reflective in his personality and resonates clearly to his new business partners.

Jennifer joins Medical Guardian as Vice President, Customer Care. She brings with her an extensive professional background in insurance operations, with over 20 years in the industry leading high performing service teams. Most recently, she spent 14 years with Transamerica, holding a number of key leadership roles in the areas of call center, workforce management and claims. During her tenure, she championed several initiatives netting measurable improvements in service quality, customer retention and departmental efficiency.

Jennifer strongly believes in collaboration and the power of “team” in delivering consistency and excellence in results. She possesses a deep passion for providing products and services that offer protection and security to families. As an integral part of the leadership team, Jennifer will focus on optimizing call center performance to deliver a best in class customer experience to our customers.