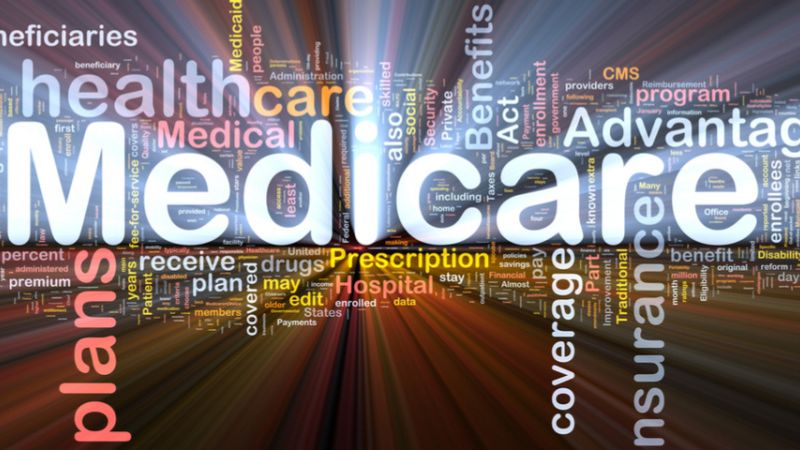 For years, politicians have talked about sweeping changes they would like to make to government programs like Medicare and Social Security, but so far, few of those changes have come to fruition. But with a major national election just a year away, politicians on both sides of the aisle are starting to put big ideas out there, just in case they decide to announce their candidacy to a higher office.

And with a progressive Democratic majority in the House, 2019 is the year that positive changes could be made to Medicare. Here’s a look at some of the ideas that could gain momentum this year:

Since you aren’t eligible for Medicare until you turn 65, younger seniors have to rely on costly private or employer-based insurance plans. Access to healthcare—and the rising cost of it—is at the forefront of American minds, especially since the battle over the Affordable Care Act (ACA) and pre-existing conditions has waged in Congress for nearly a decade.

To help alleviate the financial burden of care on older Americans, Senators Tammy Baldwin (D-Wisconsin), Sherrod Brown (D-Ohio) and Debbie Stabenow (D-Michigan) introduced the Medicare At 55 Act in 2017. The bill is intended to relieve the financial pressure of receiving medical care to the nearly 40 million Americans who are between the ages of 55 and 64 and who are currently faced with high insurance premiums as a result of their age.

“Our legislation offers a choice for millions of older Americans to buy more affordable, quality health care coverage,” Senator Baldwin said in a press release about the bill. “For people between the ages of 55 and 64, this is a high-quality option that can help reduce health insurance costs and increase competition.”

The bill could also be appealing to moderate Republicans since the expansion would not require the government to foot the whole bill for younger seniors; Americans between the ages of 55 and 64 who qualified would have to buy into a plan that would be partially subsidized by the federal government.

With more and more Americans demanding access to affordable healthcare and a Democratic majority in the house that supports broader healthcare options, it’s increasingly possible for Medicare At 55 to become a reality in 2019.

Anyone who buys prescription drugs in the United States knows that the prices of medications have gone up exponentially in the past decade. Some prescription drugs are now so expensive that people often have to choose between buying food or purchasing their medications. Lowering the cost of prescription drugs has become a bipartisan issue, with everyone from President Trump to Speaker of the House Nancy Pelosi (D-California) to Senator Chuck Grassley (R-Iowa) in agreement that something has to change.

It’s been reported that there are two bills under consideration:

In addition to Congressional legislation, the President has also been working towards lowering drug prices, although his efforts have mainly been centered on the way the government pays for drugs within Medicare. The Washington Post has also reported that there’s been talk of passing legislation in 2019 that would allow “the federal government to directly negotiate lower prices with drugmakers in the Medicare Part D program.”

Although this is less of a prediction and more of a rundown of changes that will be implemented to Medicare in the coming year, it’s still worth noting, as these changes are major improvements to the current plan.

One of the biggest topics during the midterm elections was healthcare, in general, and as a result, many candidates talked about expanding the Medicare program to become a universal healthcare program for Americans of all ages. With many of those candidates now serving in the 116th session of Congress, Medicare For All might gain some momentum in 2019.

Rep. Pramila Jayapal (D-Washington), Rep. Keith Ellison (D-Minnesota) and Rep. Debbie Dingell (D-Michigan) have launched a Medicare For All Congressional Caucus that will “sponsor briefings on topics ranging from the basics of Medicare for All to financing to universal health care systems around the world…[and] provide an opportunity for members and their staff to interact with partners and providers across the country to gain a practical understanding of how a Medicare for All system would work.”

And while Rep. Jayapal has recognized that there would be a cost associated with a Medicare For All Plan, she believes that Americans who are no longer seeing chunks of their paychecks go towards health insurance costs every month might gladly pay a little more in taxes to cover the cost.

There are a lot of predictions on the table for 2019, but there’s no telling what will actually pan out. Stay up to date on any changes to Medicare in the coming months through our Medical Guardian blog, and learn more about how those changes might affect your daily life.