Be A Better You: Build Your Own Bucket List 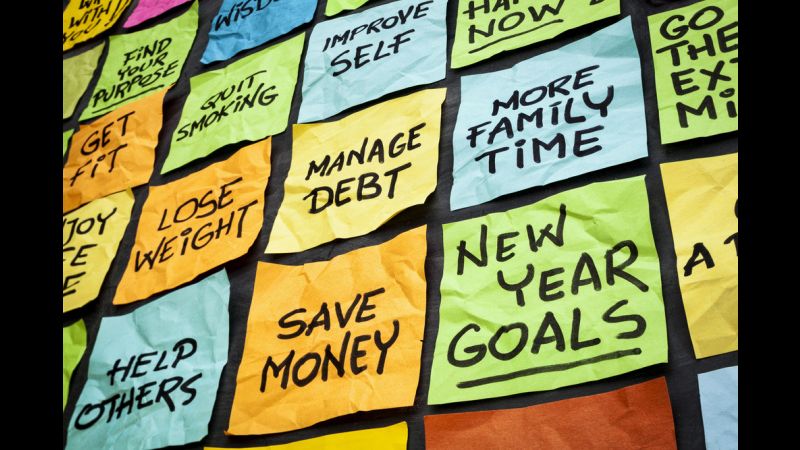 This is the sixth installment of our “Be A Better You” series, which provides in-depth healthy living tips on the first Thursday of each month. This series will run through 2017. It’s like a New Year Resolution, but better!

Whoever originated the phrase that you “can’t teach an old dog new tricks,” clearly had never heard of putting together a Bucket List. It’s unclear how the term “Bucket List” came to be, but it’s worked its way into popular culture, both in the form of a movie starring Jack Nicholson and Morgan Freeman, and as a country music song by Kenny Chesney.

Although these lists have been hotly debated over the years, the concept behind a bucket list for seniors is centered on living life to the fullest extent by pursuing lifelong dreams when you have the time in retirement to do so. But turning dreams into reality isn’t always a viable option due to financial or physical constraints, so what are some good bucket list ideas that don’t involve taking a yearlong trip around the globe or skydiving?

Do you regret not keeping up with your French after studying it in school? Or do you simply have a love of the Italian language? There’s no reason that you can’t start learning a new language later in life. In fact, studies have shown that picking up a new language can help offset the cognitive decline that can occur with age. So, how to get started? There are a few options:

Watch The Sun Rise Over The Ocean

You don’t have to include Bora Bora or other exotic beaches on your bucket list to want to spend time at the beach. There are plenty of beaches right here in the U.S. that don’t require a plane ride or a passport. If getting to the beach is on your bucket list, be sure to wake up early one morning and watch the sun rise over the ocean--it’s peaceful, majestic, and something you shouldn’t miss out on.

Learn To Play An Instrument

A popular item when it comes to bucket list ideas, learning to play a new instrument isn’t just for kids. A National Geographic article entitled, “Your Aging Brain Will Be in Better Shape If You've Taken Music Lessons,” lays out a convincing argument for the benefits of picking up a musical instrument later in life. The article specifically cites several scientific studies, including one that focused on adults who were learning how to play the piano between the ages of 60 and 85. The results?

“After six months, those who had received piano lessons showed more robust gains in memory, verbal fluency, the speed at which they processed information, planning ability, and other cognitive functions, compared with those who had not received lessons.”

When it comes to a bucket list for seniors, dancing isn’t just for the “stars”! Seniors who dance regularly not only experience the joy that comes from dancing and socializing, but also can benefit physically and cognitively as well. A study from researchers at the Albert Einstein College of Medicine in New York City found that dancing can lead to a 76 percent reduction in the risk of dementia, far outweighing other exercise activities.

Many senior centers and local dance studios now offer special deals for seniors looking to learn how to dance, so this might be a great way to check something off of your bucket list.

Volunteer In Your Community

When it comes to good bucket list ideas, volunteerism is often overlooked. But in addition to the benefit your community receives from you donating your time to a good cause, studies have also shown that volunteering has a positive impact on both your physical and mental health. According to a 2013 UnitedHealth Group study on health and volunteering, 76 percent of participants who had volunteered within 12 months of the survey said that volunteering made them feel healthier and 94 percent said that it improves their mood.

If you’ve never volunteered before and don’t know where to start, consider these tips:

It is never too late in life to learn how to cook! Of course, nutrition is important during every stage of life, but is worth paying extra attention to as we age. Since hormonal changes in both men and women can affect muscle mass and bone density, supplementing those changes with the right nutrients can help to prevent falls, osteoporosis and even depression. By signing up for a cooking class, you can find new ways to incorporate a variety of nutrients you need in your diet into delicious recipes that friends and family will also love.

Do Something Outside Your Comfort Zone

It doesn’t have to involve something on this list, but choosing to do something that makes you a little uncomfortable is a great way to push you outside of your comfort zone. From auditioning for a local theatre production, to taking a computer class, to starting a new exercise routine, finding new ways to challenge yourself can help keep you feeling young in mind, body and spirit.

Learning new things, like any of the above bucket list ideas, have cognitive benefits as well, keeping your mind sharp and reducing your risk of developing dementia or Alzheimer’s Disease. And as you can see, when it comes to a bucket list for seniors, the sky is limit in terms of how much--or how little--you want to push outside of your comfort zone.