Amazing Accomplishments from Athletes Over 50 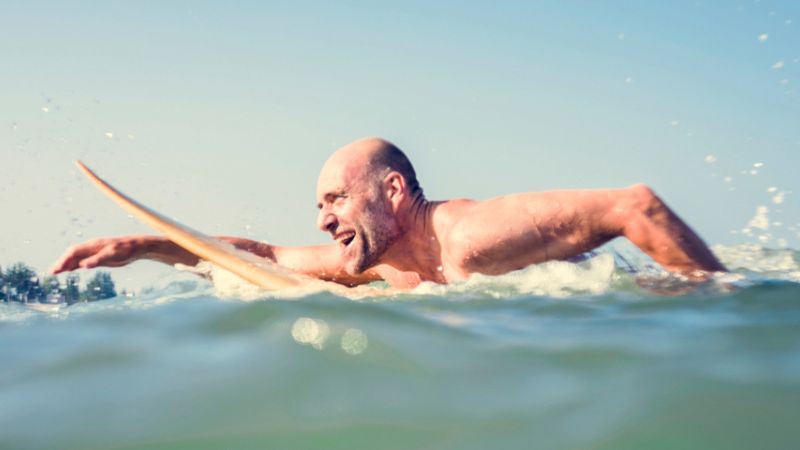 Senior fitness is an important part of healthy aging. Not only can it help prevent obesity, diabetes, and cardiovascular disease, but it can also improve your balance, strength, and flexibility to keep you on your feet with age. For some people, thinking about exercise for the over 50 crowd doesn’t seem realistic, but the truth of the matter is that many older adults exercise regularly.

In fact, some older adults go beyond exercising simply to maintain their health; they exercise because they are incredible athletes, even after 50. Senior athletes prove to the rest of us that age is, in fact, just a number, and their example should serve as an inspiration to those who want to exercise over the age of 50.

Proof That Exercise For Seniors Can Be Effective After 50

For many years, older athletes have been proving to the world that senior fitness goes beyond long walks and light weights. Here are some of the most remarkable accomplishments from athletes over 50:

That’s right. Septuagenarian Ernestine Shepherd earned entry into the Guinness Book of World Records by competing in her first bodybuilding competition at 71 years young. What is perhaps most remarkable about Ernestine’s accomplishment is that she didn’t begin on her path to fitness until the age of 56. When her sister died suddenly of a brain aneurysm, she committed herself to fitness. Today, her regimen includes daily 10-mile runs and strength training before the crack of dawn. She calls exercising an ‘anti-aging pill’ and her accomplishments seem to back that claim!

At age 67, German-born Philipa Raschker continues to defy expectation. As the winner of no fewer than 71 Gold Medals and the holder of 10 separate records at the World Masters Athletics Championships, Raschker is a consummate track and field competitor. Winning her most recent medals in 2011, she proves that age is only a number.

Hall of Fame pitcher Satchel Paige threw most of his innings before Jackie Robinson broke the color barrier. This means that much of his career was spent in the Negro Leagues. As a result, Paige became the oldest rookie in major league history when he signed with the Cleveland Indians at the age of 42 in 1948. At an age when most players are retired or close to it, Paige was just getting started in the Bigs. It should come as no surprise then, that in 1965, he would become the oldest man ever to take the mound, doing so at the age of 59 for the Kansas City Athletics.

Ernie Andrus is 89 years old but he’s only a 25-year veteran of long-distance running. Ernie was inspired by the arrival of the 1984 Summer Olympics to his own Los Angeles area. He marked the occasion by running a 10K with a group of local torchbearers. Since then, Ernie is a regular participant in 5 and 10Ks. Remarkably, Ernie’s running ambitions have only gotten greater with age. In 2011, he ran his first half-marathon and just recently, he participated in a 200-mile overnight race!

These inspirational athletes show that you’re never too old to get started. Of course, nobody’s telling you that you have to run a 200-mile race. But these amazing accomplishments can help serve as a source of motivation and inspiration to start your own fitness routine later in life.

As you can see, many of these senior athletes didn’t adopt fitness into their lives until they were already middle-aged, proving that you don’t have to be a lifelong fitness enthusiast to get into shape. If you are planning to integrate a new exercise routine into your life, you need to be extremely thoughtful about your safety. Although there is no limit to what older bodies can accomplish with their fitness regiment, aging bodies are, however, more susceptible to strain, pulled muscles, and injury.

Prior to launching a new senior fitness routine, be sure to check with your physician that you are medically cleared to do certain exercises, and enlist the help of a personal trainer that specializes in senior fitness. You should also consider investing in a mobile medical alert device that can connect you to help should you experience a medical emergency while working out (or anywhere else, for that matter). When it comes to exercise for seniors, safety should be the utmost priority.