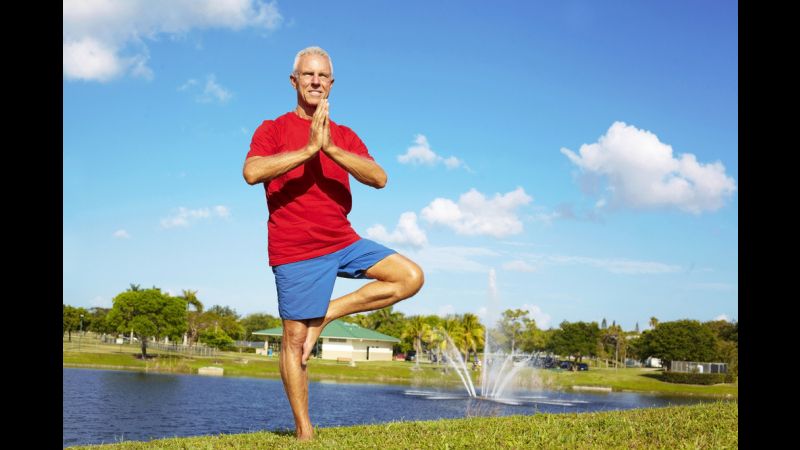 Balance, or lack thereof, is often associated with aging. Many people assume that your balance and coordination decrease with age, and to some extent they are correct. But more often than not, balance is tied to bigger neurological and physiological issues.

Sometimes falls can occur because of certain medications you are taking, sometimes they occur because you lose muscle mass as you age and don’t have the core strength to support yourself. But a new study from a team of researchers in Japan now suggests that brain health is actually linked to balance issues.

Balance and The Brain

The researchers from Kyoto University Graduate School of Medicine studied a group of over 1300 volunteers, all in seemingly good health and with an average age of 67 years old. They asked each volunteer to stand on one leg, while lifting the other in front of them, bent at the knee. Participants performed the balance test twice while the researchers recorded the amount of time they were able to stay balanced. They were then were sent to get an MRI brainscan to check for any possible brain abnormalities.

The results? The MRI revealed that those volunteers who could not last at least 20 seconds balancing on one leg had microbleeds, or small lesions, in their brain. Microbleeds can be a precursor to more serious issues such as stroke or dementia.

The study, which was published in the journal, Stroke, concluded that imbalance was “found to be associated with early pathological changes in the brain and functional decline, even in apparently healthy subjects.”

While there may be nothing you can do to stop a stroke from occurring or to ward off dementia, there are many healthy habits you can develop to limit your risk and keep symptoms at bay for as long as possible.

For optimum brain health, it’s important to get regular exercise, maintain a healthy diet and sleep for roughly 8 hours each night. Studies have shown that these three tiers of health, when accomplished in conjunction with one another, can actually help to reverse the signs of brain deterioration.

Regular exercise can include walking for at least 20 minutes daily, yoga, bike riding, and weight training. Steady exercise can improve your heart health and keep you living longer.

A healthy and balanced diet involves a wide variety of whole foods and vegetables and cutting down on packaged or processed foods that are usually hiding high amounts of salt or sugar. It’s even been proven that adding fish to your diet on a weekly basis can help boost your brain health.

And sleep, which is greatly undervalued in American culture, can actually provide you and your brain with great benefits. According to the National Institutes of Health, one third of Americans currently sleep less than 7 hours a night, even though their research has found that 7-8 hours of sleep each night “has been associated with many health risks.”