Eating Fish Every Week Will Boost Your Brain Health 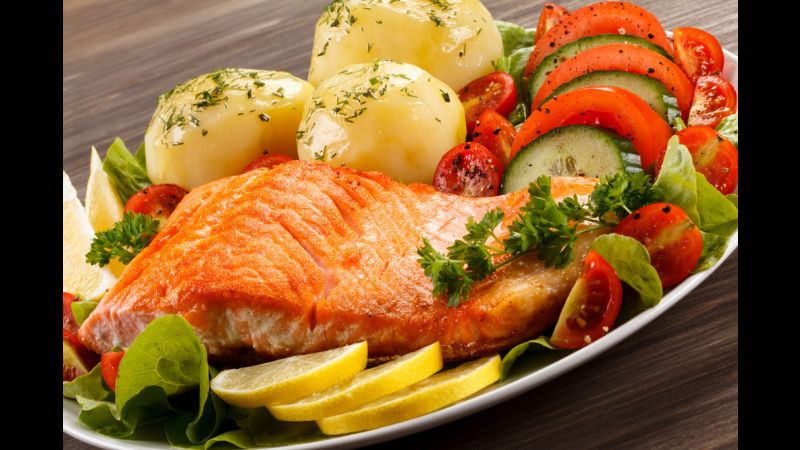 In addition to taking your daily vitamins, you might also follow the trend of taking a daily dose of fish oil, which provides the body with much-needed omega-3 fatty acids. But is it really the omega-3 that is good for you? A new study from researchers at the University of Pittsburgh School of Medicine now shows that eating baked or broiled fish on a weekly basis can boost brain function and ward off dementia, regardless of the omega-3 content.

“Our study shows that people who ate a diet that included baked or broiled, but not fried, fish have larger brain volumes in regions associated with memory and cognition,” Dr. James T. Becker, PhD, said. “We did not find a relationship between omega-3 levels and these brain changes, which surprised us a little. It led us to conclude that we were tapping into a more general set of lifestyle factors that were affecting brain health of which diet is just one part.”

Becker and his research team analyzed data from an earlier study that began in 1989 and focused on the cardiovascular health of people over the age of 65. The study looked at the dietary intake of 260 people who volunteered to participate in their study. Each volunteer also agreed to MRI brain scans and tested cognitively normal at two points during their participation in the study.

The study found that people who ate baked or broiled fish at least once a week had greater "grey matter brain volumes in areas of the brain responsible for memory and cognition and were more likely to have a college education than those who didn't eat fish regularly." The researchers were surprised to find that there was no association between the brain differences and the omega-3 levels in their blood.

“This suggests that lifestyle factors, in this case eating fish, rather than biological factors contribute to structural changes in the brain,” Dr. Becker noted. “A confluence of lifestyle factors likely are responsible for better brain health, and this reserve might prevent or delay cognitive problems that can develop later in life.”