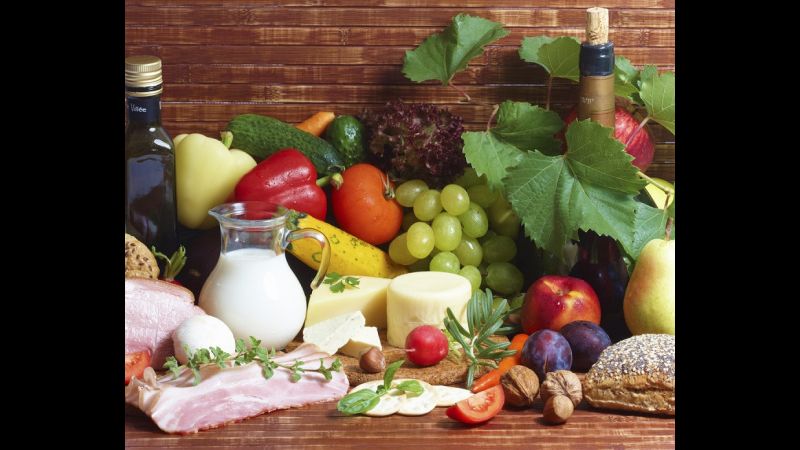 Even though the Mediterranean Diet has been around for quite some time now, it hasn’t been until recently that it has received a lot of buzz from the media and dieticians. Not only is it delicious, but the Mediterranean Diet comes with many health benefits. Along with recent research showing that this particular diet has the ability to offset dementia, it also seems that the Mediterranean Diet lowers stroke risk according to a study conducted by the Columbia University Medical Center in New York City.

Although it may be hard to believe, making simple diet changes can lead to a decrease in your stroke risk. In particular, a Mediterranean Diet lowers the risk of an ischemic stroke, which is caused by a blood vessel that supplies blood to the brain being blocked by a blood clot. As nearly 87 percent of all strokes are ischemic, this is the most common type of stroke that occurs.

Led by neurologist Dr. Ayesha Sherzai, the long-term study analyzed results from more than 104,000 adults in California. The average age of participants was 52, and 90 percent of participants were Caucasian. Five groups were then arranged according to how well the participants followed the Mediterranean Diet.

In the groups that closely followed the Mediterranean Diet, a significant decrease in those participants’ stroke risk was observed by Dr. Sherzai’s team. Although the research was unable to determine that cause-and-effect relationship between this diet and the risk for stroke, the comprehensive study took into account other stroke risk factors, including the participants’ body mass index, total calorie intake, hormonal and menopausal status along with their smoking and exercise habits.

While this study suggests that a Mediterranean Diet lowers the risk of an ischemic stroke, strict adherence to this type of diet unfortunately did not reduce the risk of a hemorrhagic stroke, the second type of stroke that occurs when a blood vessel leaks.

What is the Mediterranean Diet?

With the increasingly large amount of diets circulating, it can be tough to keep track of them all. However, the Mediterranean Diet is one of the healthiest diets out there, especially when compared to the other “fad” diets.

So what exactly does the Mediterranean Diet include? Along with your basic fruits and vegetables, fish, nuts, whole grains, poultry, legumes and olive oil also play an integral part in this diet. The consumption of saturated fats, sweets and red meat is very limited.

According to the National Stroke Association, about 80 percent of strokes can be prevented by taking some preemptive measures. Along with following the Mediterranean Diet, reducing salt intake, avoiding high cholesterol foods and monitoring your calorie intake are three of the most important steps you can take to lower your blood pressure, which is one of the biggest stroke risk factors.

Some other important steps that help reduce your risk of stroke include drinking in moderation, avoiding smoking, maintaining a healthy body weight and exercising.

Even though the study was unable to find out why the Mediterranean Diet lowers stroke risk, it does show how a healthy diet can go a long way to benefit your health and reduce the risk of serious health threats like stroke.