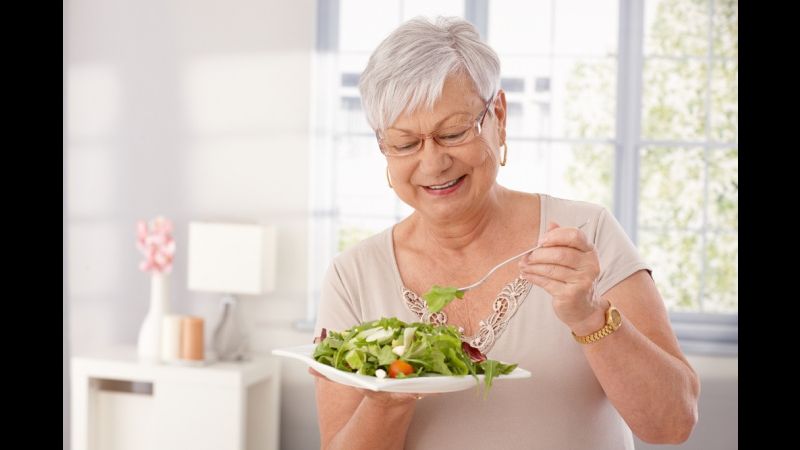 Diabetes is quickly becoming an American epidemic. The current statistics reported by the Centers for Disease Control state that 29.1 million people are living with diabetes. That amounts to a little over 9 percent of the American population, or one out of every eleven people. The CDC has also found that a whopping 86 million Americans, or more than one in three people, are living with prediabetes, which is characterized by high blood sugar levels, although not high enough for an official diagnosis.

Both prediabetes and diabetes can have dire consequences; from loss of limbs and injuries from fainting spells, to heart disease and stroke, if you don’t figure out how to control diabetes, it can cause long term health problems. This is especially true within the senior community, where a diagnosis of type 2 diabetes affects nearly 26 percent of people over the age of 65.

How To Control Diabetes Through Food

In addition to exercising for weight loss, making the right food choices is also an important aspect of how to control diabetes. A recent study published in PLoS Medicine and featured on the Harvard Medical School Health Blog, observed the behaviors and health outcomes of over 200,000 people in the course of a 20-year span and discovered the following:

Based on the results of this study, it is probably safe to assume that the ideal preventative diabetic diet plan would entail cutting down on foods with added sugars, like soda and junk food, and instead add in more fresh fruits and vegetables.

A Diabetic Diet Plan That Works

You don’t have to commit to becoming a vegan if you think you are at risk of developing diabetes. In fact, there are plenty of ways to go on a diabetes diet, including making healthier choices when it comes to snacking. But there are also USDA dietary guidelines you can follow to help guide you through the process of implementing a diabetic diet plan:

If you’re looking for a more structured way to combat type 2 diabetes, both the Mediterranean Diet and the DASH diet have been ranked as the best overall diets to follow by US News and World Report. The Mediterranean Diet incorporates mostly fresh fruit and vegetables, fish, olive oil, feta cheese and red wine (bonus!), which makes it feel less restricting than other healthy diets. The DASH diet, which stands for Dietary Approaches to Stop Hypertension, “has been proven to lower blood pressure, reduce cholesterol, and improve insulin sensitivity.” The DASH diet also has a strong emphasis on incorporating more fruits and vegetables into your diet, along with low-fat dairy, whole grains and fiber-rich foods.

Figuring Out How to Control Diabetes

When you are diagnosed with prediabetes or diabetes, there is a real learning curve to figuring out the best way to control your blood sugar levels. Since type 2 diabetes is increasingly affecting the senior community, it’s often a challenge to change your habits after decades of doing the opposite.

Mismanaged or undiagnosed diabetes can lead to severe health consequences, including sudden falls from drops in blood pressure. With a Medical Guardian medical alert system, someone will always be there to help you in an emergency, so you can rest easy knowing that someone has your back if you fall.