Running May Save Your Life 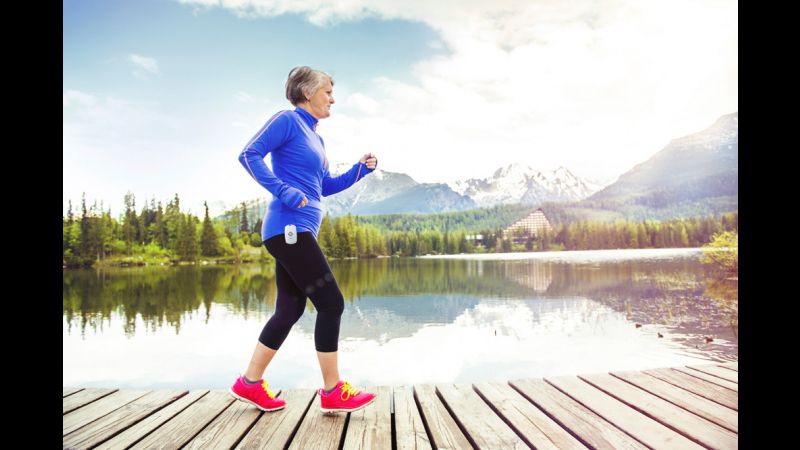 Avid runners are often issued caveats as they age; running can be hard on the joints and can lead to knee and hip problems later in life. But a new study published in the August issue of the Journal of the American College of Cardiology found that running can actually help to keep you in top cardiovascular shape as you age.

Heart health and strokes are the number one and number four causes of death in the United States. An estimated 84 million people suffer from some form of cardiovascular disease and the risk seems to increase every year. A group of heart researchers set out to find whether or not running long distances is the key to remaining heart healthy with age.

The researchers analyzed data on over 55,000 adults who averaged about 44 years of age at the start of the study. About a fourth of the group were avid runners, and most of them were men. Throughout the course of 15 years, the researchers found that 3,413 people died--1,217 of which were associated with cardiovascular problems. The group of avid runners were found to have 45 percent less of a chance of being affected by cardiovascular disease and lived, on average, about 3 years longer than non-runners.

The researchers went on to discover that speed and distance did not really make a difference in what qualified people as “runners.” People who ran once or twice a week, less than 6 miles a week, and slower than 6 miles per hour were still able to reap the heart healthy benefits of running. They did, however, find that running regularly for 6 years could provide the added benefit of a 50 percent lower risk for cardiovascular-related death. The researchers also noted “not running was almost as important as hypertension” for increasing their mortality risk.

Why This Is Important

This study is a great example of the fact that every little bit of cardiovascular activity counts towards keeping you healthier, longer. Even if you are unable to run at first, walking is a great way to get up and get active while still providing your body with a variety of benefits.