Exercise is the Brain’s Fountain of Youth 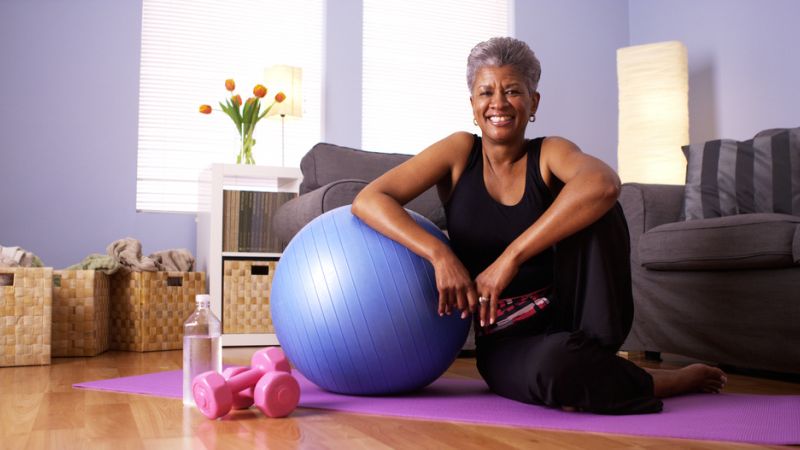 Unfortunately, there is not yet a cure for Alzheimer’s, an awful disease that is ambitious for brain and memory demolition. However, there are hopeful findings that encourage lifestyle changes to positively affect the brain even after memory impairment begins. Studies conducted in North Carolina, Denmark and Canada found that aerobic exercise may actually decrease levels of a protein linked to a developed risk of Alzheimer’s. To make things better, exercise may actually improve the quality of life of those who are already in early stages of the disease and may ultimately be the brain’s fountain of youth!

Research made by Laura Baker, neuroscientist of Wake Forest School of Medicine, is gaining attention because it is one of the first studies to find that exercise can affect tau proteins. When these proteins are warped, they cause tangles in the brain and ultimately “destroy a vital cell transports system made of proteins. “

Baker’s study focused on 71 older adults who were previously sedentary and had mild cognitive impairment, a condition that can increase one’s chances of developing Alzheimer’s. The adults wore monitors to track their heart rates during their exercise. The MRI scans and cognitive tests showed an increased blood flow in the brain as well as improvement with their attention and planning abilities. The most interesting finding of the study showed that exercise actually decreased the levels of the tau proteins.

Correlations about the positive effects of exercise on memory improvement have been found in other studies. In Denmark, research revealed that intense activity decreased aggression, irritability and delusion in older adults in early stages of Alzheimer’s. A study held by scientists at the University of British Columbia, found that those with memory impairment caused by clogged arteries saw improvement with six months of treadmill exercise.

Don’t be Afraid to Sweat

Michael Gendy, 62 and a participant in Baker’s study, admitted that before exercise he never noticed issues with memory. But after exercise he noticed an increase in energy levels, improved sleep and even a speedier memory. Gendy has gotten in the habit to participate in brisk evening walks, bike rides or even attending classes at the local YMCA.

If exercise really can be the brain’s fountain of youth, how much exercise are we talking? The studies participants were participating in aerobic exercise between forty-five minutes to an hour, three or four times a week. “You’re sweating and panting,” says Baker, “we baby these people, they’re afraid of gyms. They don’t have confidence in their own ability.”

Lifestyle changes can have a huge impact on your body and mind. Studies have also shown how eating certain foods, particularly superfoods, may help with memory improvement. These studies are very exciting as they reveal hope for those struggling with memory impairment. Eating right and staying active are relatively easy lifestyle changes if they can improve the quality of life as we age.