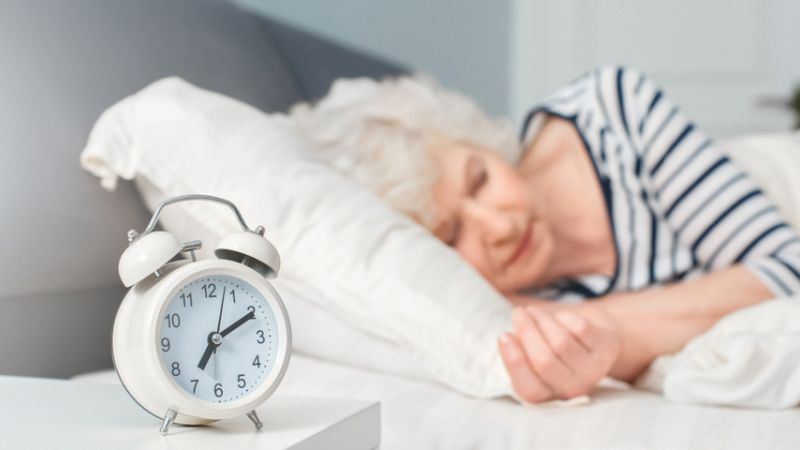 When you don’t get enough sleep, you’re not operating at your best; sleep-deprivation can leave you feeling foggy, lethargic, and irritable. But what exactly does “enough” sleep mean? According to the National Sleep Foundation, adults aged 26 to 64 need between 7 and 9 hours, and adults over the age of 65 require 7 to 8 hours of sleep each night in order to function at highest capacity.

Getting the ideal amount of sleep at night can not only help you feel better and more productive during the day, but it can also lower your risk of anxiety and depression, boost your immune system, and even aid with weight loss. While sleep and weight loss might not seem to go hand in hand, the two are actually very intertwined.

A study by researchers at Brigham Young University found that implementing a regular sleep schedule can help to encourage weight loss. Participants in the study who not only got an adequate amount of sleep each night, but also kept to a strict bedtime and wake up schedule had lower body fat than their sleepier counterparts.

The Connection Between Sleep and Weight Loss

The study tracked the sleep habits of 300 female college students, and researchers found that those who slept less than 6.5 hours per night were likely to have higher body fat, particularly around the middle. Oddly enough, the same goes for those who sleep too much. Study participants sleeping more than 8.5 hours per night also showed higher rates of body fat. But those who got an ideal range of 7 to 8 hours every night, and woke up close to the same time every day possessed the lowest levels of body fat.

One possible explanation for this correlation between sleep and weight loss is the fact that those who are more regimented about their sleep routine can also be regimented about their diet and exercise routines. Another explanation is biological; inadequate sleep can throw your appetite-regulating hormones out of whack, causing food cravings and decreased metabolic efficiency.

Although the Brigham Young study focused on a small sample of the relative population, another study published in a 2012 issue of the Obesity Journal revealed that among women between the ages 35 and 55 who were engaged in weight loss programs, those getting sufficient high-quality sleep increased their chances of weight loss by 33%.

Getting a good night’s sleep is easier said than done, however. Sleep can become more disrupted with age, which has an effect on other parts of our health. Some of the most common sleep problems in elderly folks include:

The most effective way to combat these sleep problems in elderly folks is not pharmaceuticals. If you or someone you love is suffering from sleepless nights, a good combination to aid in better sleep involves practicing mindfulness meditation, exercising, and talking to a medical professional about all of the symptoms you’ve been experiencing.

A Recipe For Healthy Aging

Maintaining a healthy weight, eating a healthy diet and getting a good night sleep are all part of the recipe for healthy aging. In addition, a medical alert device is a proactive measure you can take on the path to healthy aging. Accidents, sudden illnesses, and medical emergencies can happen at any time and having a reliable connection to help could eventually save your life.