Why Aren't Sons Pulling Their Weight as Caregivers? 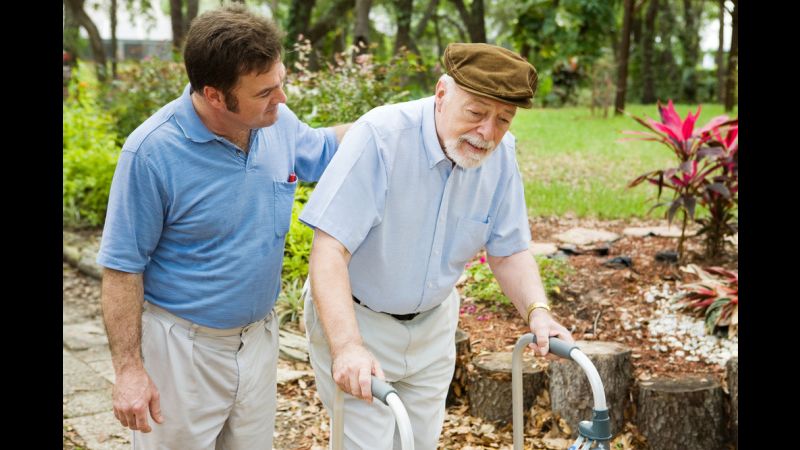 It takes a strong person to become a caregiver to an aging parent. Well according to a recent study by the American Sociological Association, this strong person is far more likely to be a daughter than a son.

The study finds that, when it comes to caregiving, daughters tend to take the lead role while sons are more likely to take control only in the absence of a sister. While it’s not entirely certain why the difference is so significant, researchers have suggested that cultural norms and gender inequality may be factors.

Using data from a University of Michigan Health and Retirement Study, researchers based their findings on feedback from roughly 26,000 survey respondents.

According to the resulting data, daughters provide an average of 12.3 hours of parent care per month whereas sons provide approximately 5.6 hours. Simply stated, daughters are devoting twice as much time to caring for their aging parents than are their male counterparts.

Beyond the number of hours devoted, sibling dynamics also seem to play a part in the findings. According to the Huffington Post, caregiving daughters tend to identify their constraints as relating to work or childcare. By contrast, caregiving sons viewed their primary constraints as the presence or absence of other helpers such as a sister or a parent’s spouse.

This means that while sons tend to decrease their role and responsibility in caregiving with the presence of a sister, the exact opposite is true for daughters. Having a male sibling will often dictate a greater caregiving burden.

The caregiving imbalance between sons and daughters is an issue of gender inequality. Women are often expected to make more sacrifices in their professional and personal life in order to meet caregiving responsibilities. In fact, researchers express concern that this disparity could have a ripple effect on gender inequality as a whole.

According to researchers, caregiving responsibilities, while often emotionally rewarding, can also carry a heavy toll. Professional sacrifices can lead to lower pay grades and fewer opportunities for advancement.

Personal sacrifices can cause isolation, anxiety, depression and a general feeling of emotional and physical burnout. In fact, researchers note that those who fulfill caregiving responsibilities for aging parents are significantly likelier to contend with their own health challenges. These can include loss of sleep or appetite, aches and pains from the physical challenges of caregiving and limited opportunities for exercise or diet management.

Based on the findings of the recent study, we know that daughters are substantially more likely to take on these risks and consequences than are sons. This means that women on the whole are significantly more likely than men to face these financial and health obstacles, among others, on the path to equality.

As Caregivers.com points out, caregiving is not a one person job. Your parents took care of you. Son or daughter, the time may come when you’ll have to do the same. You owe it to them, and to your siblings, to step up to the challenge.

Caregivers.com advises daughters who are shouldering an unequal caregiving burden to find ways of spreading around the responsibility. If you have a brother, don’t be afraid to ask for his help and tell him what you are experiencing. There may be a fairer way to divide time and responsibilities. Sit down with your sibling or siblings and offer some strategies that can ease your burden.

As a daughter, the instinct to nurture and provide care may come naturally to you. But it doesn’t mean you should be doing it all alone.

With A Fall, Better Safe Than Sorry

Want to get started now?
Call us and use promo code "MAY21".

Want to get started now? Call us and use promo code "MAY21".