Landline vs. Cell phone: Which is Better For An Emergency? 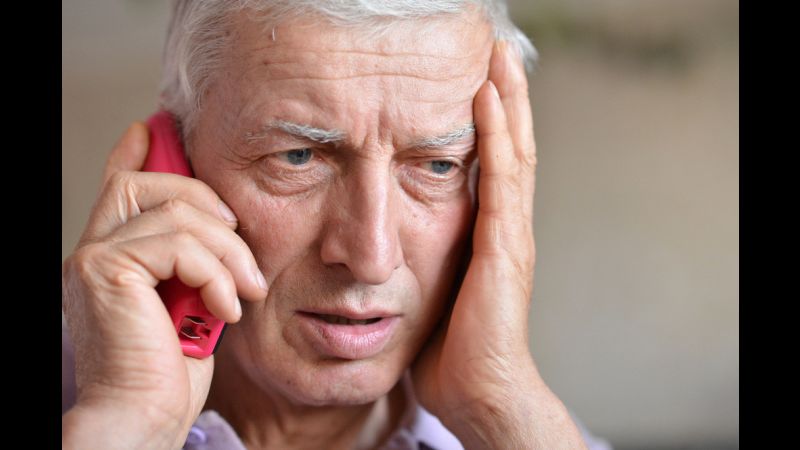 A 2014 study performed by the National Center for Health Statistics found that two in every five American households did not own a landline telephone. With the ease and affordability of cell phones, this study might have some people wondering, “Is a landline phone necessary?”

It’s important for seniors to understand all the pros and cons for each type of telephone before ultimately making a decision.

In an emergency, would a landline phone or a cell phone be better for seniors? Let’s explore the options for each.

Cell phones typically pick up a lot of background noise and can make it hard to hear, especially if you have some hearing loss. Landline phones tend to be easier for seniors since the sound quality is crisper, and for those who struggle with hearing loss, they also make special telephones to assist you during calls.

PRO: You don’t have to worry about bad cell reception.

Reminiscent of those old commercials with the tagline, “Can you hear me now?,” cell phones are notorious for having bad reception because you are dependent on the location of cell towers. And even in a highly populated area with multiple cell towers, users can still experience “dead zones.” With a landline telephone, you never have to worry about dropping a call.

PRO: A landline telephone won’t run out of battery life.

Since the landline phone is plugged into an electrical outlet, the battery life is not something you have to think about on a regular basis. Even if you use a cordless phone, they often have built-in battery packs to help keep them working while they are off the cradle.

CON: If you’ve experienced a natural disaster, like a hurricane or tornado, your phone might be out of service for days, or even weeks.

In a major natural disaster, phone lines can get wiped out from high winds or fallen debris. It could take weeks for the phone company to restore phone service during a big disaster, leaving you disconnected from friends and family.

Unlike a landline phone, a cell phone has the ability to go with you anywhere, so you have access to a phone at home or while out and about. This especially comes in handy if you experience an emergency while driving!

PRO: There are cell phones made just for seniors.

You no longer need to worry about small buttons or the volume being too low because technology companies started designing cell phones for seniors.

When purchasing a cell phone, seniors shouldn’t worry about the price. With cell phones increasingly becoming the main mode of communication for many Americans, phone companies now offer affordable options to customers.

CON: The battery life on cell phones can be disappointing.

The battery life on cell phones isn’t that impressive, considering how advanced the technology is these days. Most phones need to be charged within a 24-hour period, although the battery life could be much less than that depending on the amount of use.

CON: The science is still out on whether or not cell phones can affect your health.

Scientists still struggle with the health effects that cell phones may have on humans. Cell phones give off a certain amount of radiation that may or may not lead to cancer. Since the research is inconclusive right now, it’s recommended to use a headset while talking on the phone instead of putting the phone directly to your ear.

Staying at home for the holidays does not mean the celebration is over. COVID-19 may halt standard family…

September is Fall Prevention Awareness Month, which not only brings more attention to the dangers of senior falls,…

Factors That Lead to Senior Falls

Falls happen. They happen throughout life at all ages and stages--as toddlers, at recitals, on college campuses, on…

Summer is here and that means that it’s time for outdoor activities, fresh fruit, and fireworks. But that…