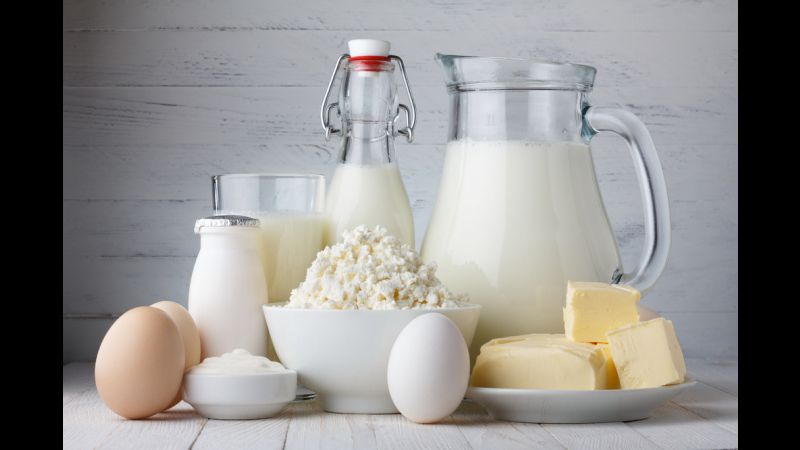 Especially in recent years, the number of Americans with diabetes has exponentially grown to worrisome numbers, and the American Diabetes Association estimates that someone is diagnosed with diabetes every 19 seconds. Living a healthy lifestyle (i.e., consuming a healthy diet and exercising often) is key to reducing one’s diabetes risk, but it’s important to note that some foods are more effective than others in reducing one’s risk. In fact, a new study revealed that dairy products lower one’s diabetes risk.

The Malmo Diet and Cancer study, which is we were get these results from, actually began back in the early 1990s and involved 27,000 participants between the ages of 45 and 74. The details of these participants’ eating habits and lifestyle factors were tracked, and after 20 years, it was revealed that 10 percent of the participants (equaling 2,860 people) developed type 2 diabetes.

Despite these discouraging numbers, the participants who consumed the most high-fat dairy products were 23 percent less likely to develop type 2 diabetes when compared to those who consumed the least amount of dairy products. Interestingly enough, those who ate the most meat were the most likely to develop type 2 diabetes, regardless of the meat’s fat content.

However, this is not the first study supporting the idea that dairy products lower one’s diabetes risk. Another study revealed that daily yogurt intake may lower diabetes risk, so this study is in line with other studies’ results.

All of these studies could have a huge impact as approximately 95 percent of the population has type 2 diabetes according to the American Diabetes Association. If you are diagnosed with type 2 diabetes, it means that your body cannot properly use insulin, but luckily unlike type 1 diabetes, type 2 diabetes is preventable by maintaining a healthy weight, exercising and (you guessed it) consuming a healthy diet.

If you’re not a big fan of milk or if you’re lactose-intolerant, it’s even more important to get your proper intake of calcium and vitamin D. Some alternatives include almond milk, rice milk, and fortified soy milk (as listed above).

Below are some other super-foods for diabetics if you’re looking to kick-start your diabetic diet:

Managing one’s diet is one of the biggest ways in which you can lower your risk of developing diabetes, and it is even more important to do so if you are diagnosed with diabetes.