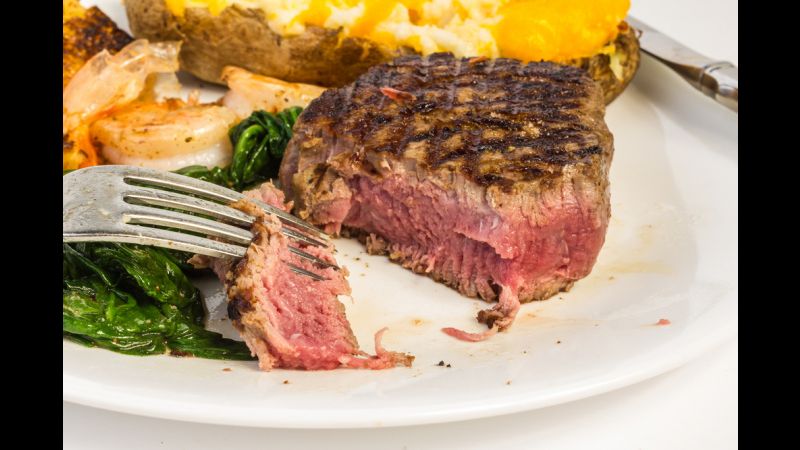 We’re Americans. We love our meat and potatoes. We have barbecues, family dinners and holidays centered on this love. But is there such a thing as too much meat? Well, according to a recent study from the University of Southern California, the answer may be yes.

We've known for some time that a diet high in red meat can lead to an elevated danger of cardiovascular disease. According to WebMD, our “Western-style diet” is an inherently risky proposition. However, according to the new study, this danger may go beyond hamburgers and heart attacks.

Researchers concluded that there are unmistakable links between keeping a high protein diet and facing a whole batter of heightened risks, including diabetes, certain cancers and, overall, earlier mortality. The findings suggest that you may want to double up on coleslaw instead of having that second hot dog at your Memorial Day cookout.

As Bad As Smoking?

In a study of 6,381 adults over the age of 50, researchers found that those who maintained diets highest in animal proteins faced a considerably wider array of health risks than did their low-protein counterparts. Study participants were divided into three populations, those who consumed 20% of their daily calories from protein, those who consumed 10 to 19%, and those who consumed less than 10%.

The difference in health outcomes for those in the lowest and highest intake groups was considerable. Those who ate the most meat were four times as likely to suffer fatality due to cancer and 74% more likely to die of any age-related cause than those who abstained. So in short, researchers conclude, eating too much meat is every bit as bad for your health and life expectancy as cigarette smoking.

We’re not necessarily suggesting that you should become a vegetarian. In fact, the same study reports that some animal protein may be beneficial for adults over the age of 65. Aging may produce a loss of muscle mass and fat. A moderate protein intake is recommended to combat this loss. So we wouldn’t cut out meat altogether.

However, there are a few ways to improve your health prospects. First and foremost, avoid red meat when possible. Red meat, in particular, has been shown to correlate directly to an elevated risk for all causes of mortality, included heart disease and certain types of cancer.

According to the National Institutes of Health (NIH), you should look for alternate sources of protein. The NIH points out that by replacing one red meat serving every day with a serving of fish, poultry, nuts, legumes or whole grains, you could lower your risk of mortality by 7 to 19%.

As for how much meat you should consume, the researchers from the University of Southern California advise roughly .36 grams for every pound you weigh. This means 36 grams of protein per day, per 100 pounds. This basically translates to a reasonably sized piece of chicken or fish.

Make smart dietary choices in your everyday diet so the next time a barbecue rolls around, you can eat guilt free.

KEYWORDS: is red meat bad for you?