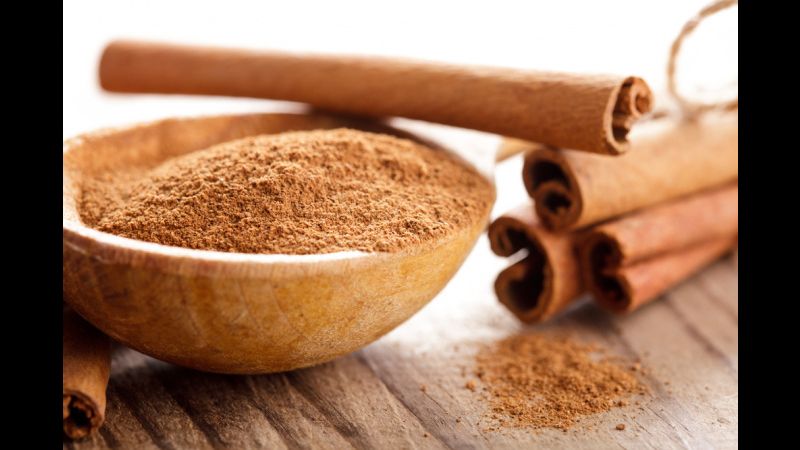 There’s something about wintertime that leaves you wanting something sweet. Maybe it’s because of the holidays, or maybe the colder weather has you reaching for a sweet treat to warm you up, but we’re definitely in the middle of sweet season right now!

With the holidays behind us and New Year Resolutions ahead of us, sweet season poses a problem for many of us. The solution? Cinnamon. Not only will cinnamon help you keep your waistline slim, but it will also provide you with several unexpected health benefits as well.

Registered Dietician, Cynthia Sass, told Fox News that “one teaspoon of cinnamon packs as much antioxidant potency as a half cup of blueberries, and cinnamon’s natural antimicrobial properties have been shown to fight strains of E. coli, as well as Candida yeast.”

What else can this superfood help you with?

A group of nutritionists at Penn State University found that certain spices and herbs, including cinnamon, improve triglyceride and blood lipid levels in the body. In fact, seasoning your meal with cinnamon and other spices could end up lowering your triglyceride levels by as much as 30 percent.

Triglyceride concentrations rise after eating a meal with high fat content, and can often lead to an increased risk of heart disease. Spices aside from cinnamon that contribute to lowering your triglyceride levels include garlic powder, rosemary, oregano, cloves, paprika, turmeric, ginger and black pepper.

"The metabolic effects of spices and herbs and their efficacy and safety relative to traditional drug therapy represent an exciting area for future research given the public health significance of cardiovascular disease," the researchers wrote.

A recent study shows that cinnamon might actually aid in curing type 2 diabetes. The study was published in Diabetes Journal, and performed by researchers from the Department of Human Nutrition, NWFP Agricultural University, in Peshawar, Pakistan. The objective of the researchers was to discover whether regular cinnamon intake “improves blood glucose, triglyceride, total cholesterol, HDL cholesterol, and LDL cholesterol levels in people with type 2 diabetes.”

At the end of the 40 day study, the researchers found that “intake of 1, 3, or 6 grams of cinnamon per day reduces serum glucose, triglyceride, LDL cholesterol, and total cholesterol in people with type 2 diabetes and suggest that the inclusion of cinnamon in the diet of people with type 2 diabetes will reduce risk factors associated with diabetes and cardiovascular diseases.”

Cinnamon has also been proven to help slow neurodegenerative diseases, such as Alzheimer’s Disease or Parkinson’s Disease.

Researchers at Tel Aviv University discovered that cinnamon might be the key to keeping Alzheimer’s Disease at bay as you age. The researchers, inspired by a cinnamon-specific passage of the Bible, in which the spice is described as being used as a holy ointment, tested their cinnamon theory on mice and fruit flies who had been genetically altered to have an aggressive form of Alzheimer’s. After four months of serving the animals drinking water mixed with ground cinnamon, researchers saw a noticeable slowing of the disease in the animals as opposed to their counterparts who did not receive cinnamon in their water. Essentially, the cinnamon extract “inhibited the formation of toxic amyloid polypeptide oligomers and fibrils, which compose deposits of plaque found in the brains of Alzheimer's patients. “

Similarly, researchers at the Rush Medical Center in Chicago, Illinois, found that cinnamon can “reverse the biomechanical, cellular and anatomical changes that occur in the brains of mice with Parkinson’s disease.“ The study, which was supported by grants from the National Institutes of Health, found that an oral dose of cinnamon becomes metabolized into sodium benzoate, “which then enters into the brain, stops the loss of Parkin and DJ-1, protects neurons, normalizes neurotransmitter levels, and improves motor functions in mice” with Parkinson’s Disease.