Can Watching Cooking Shows Be Bad For Your Health? 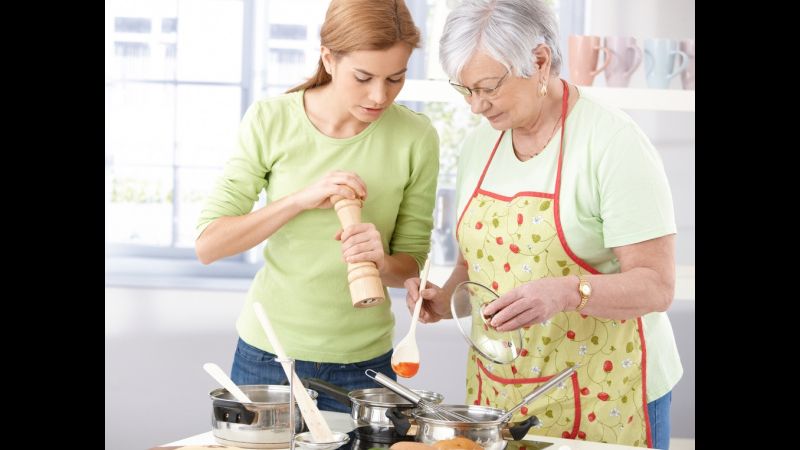 We have always been told that cooking at home is the healthier option rather than going out to eat. Having the ability to measure our ingredients puts us at an advantage when trying to watch what we eat and how many calories we consume. A new study, however, might not agree with this concept. The findings, published in the journal Appetite, showed that watching cooking shows on television can have a negative effect on waistlines and can potentially be bad for your health.

The lead author of the study, Lizzy Pope, believes that the type of food being prepared on TV is not always the healthiest. More often than not, the foods are indulgent and unhealthy and call for more fat and sugar. A recent study done in the United Kingdom found that the recipes prepared by television chefs are higher in fat, saturated fat and sodium when compared to the World Health Organization’s nutritional guidelines. These same recipes even exceeded these guidelines when compared to pre-prepared meals sold in supermarkets.

Pope, director of the didactic program at the University of Vermont wanted to understand where people were getting their recipes from. Along with her colleagues, including Brian Wansink at Cornell University’s Food and Brand Lab, she surveyed over 500 women between the ages of 20 and 35. The women provided information regarding where they received their recipes, how much they cook, as well as their height and weight.

Another factor to consider is the possibility that watching cooking shows can cause people to become hungrier and ultimately consume more than they would if they were not watching.

There is such a variety of cooking shows broadcasted on television so if you do enjoy watching, try to find one that promotes healthy recipes. In this day and age, health and fitness has been brought to the next level, and surrounding yourselves with these chefs and their recipes might lead you to a promising, healthy path!

KEYWORDS: can watching cooking shows be bad for your health?