Add Walnuts to Your Diet for a Healthy Brain 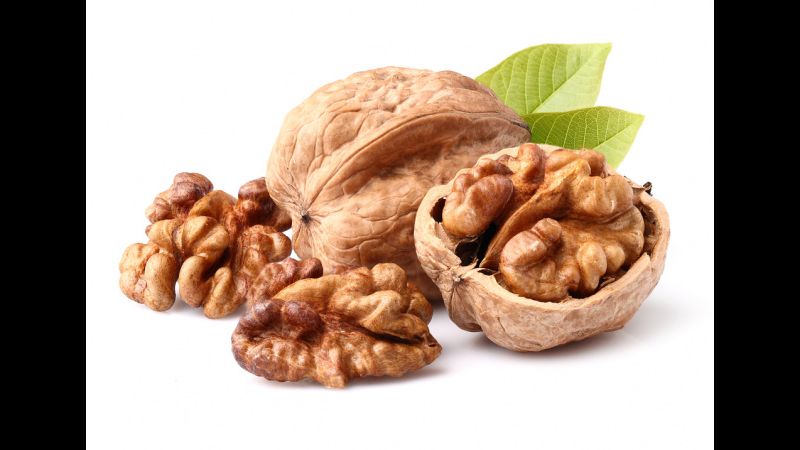 Walnuts: a deliciously healthy snack perfect for any time of the day. Not only are they a simple and tasty treat, but eating walnuts also come with a variety of health benefits. We know them to be good for our heart health, but can walnuts improve brain function? After conducting two studies, researchers seem to think so!

Biochemist Dr. Abha Chauhan led the first study which was published in the Journal of Alzheimer’s Disease. This particular study observed the effects of a walnut-enriched diet in Alzheimer’s mouse models over the course of about 10 months.

Half of the mice’s daily diets contained either six to nine percent of walnuts (which equals a little more than one ounce of walnuts in a human diet), while the other mice were not fed any walnuts.

At the end of the study, researchers tested the spatial memory, learning abilities, anxiety-related behavior and motor coordination of both groups of mice – with the results showing a significant improvement in all areas of the mice that were given the walnut-enriched diet. The fact that the walnut-enriched diet resulted in improved learning abilities shows that walnuts may have the power to prevent the brain’s degeneration due to Alzheimer’s disease.

Another study focusing on the health benefits of walnuts was conducted by the University of California-Los Angeles. Regardless of gender, age or ethnicity, the adults who regularly consumed walnuts performed better on six cognitive function tests, including concentration, information processing and memory tests. Led by Dr. Lenore Arab, this study once again shows how walnuts improve brain function and how they can be beneficial to both Alzheimer’s and dementia patients.

Some other notable health benefits gained from eating walnuts include reducing the risk of cardiovascular disease, improving one’s reaction to stress and even prolonging one’s life.

We’re all familiar with those mid-afternoon snack cravings – when we just need to snack on something to get us through the rest of the day. Although this is a common feeling, these slumps can be avoided by eating a protein-rich snack, which is why walnuts are a perfect choice. Just eating a handful of walnuts a day can improve brain function while fighting off those cravings.

Here are some healthy snack ideas to incorporate walnuts into your daily diet:

Like other types of nuts, walnuts are an easy addition to practically any meal to make it healthier and improve your brain power, so snack on!