Grandpa’s Not So Grumpy After All! 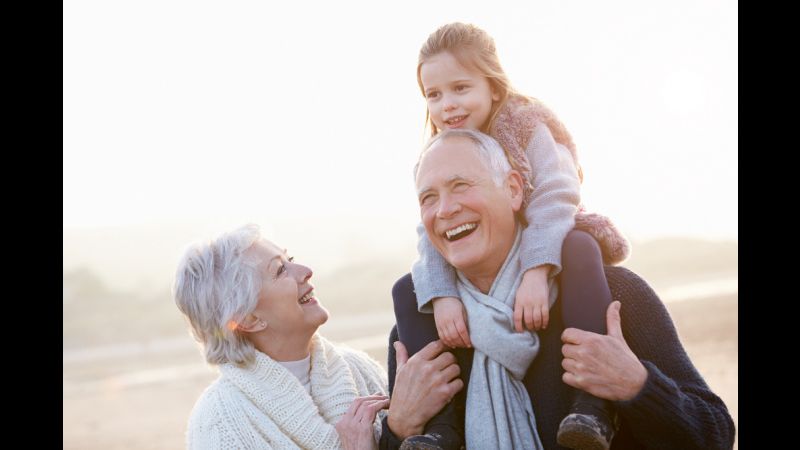 A study performed in 2012 by the University of Warwick in England found that happiness actually increases with age. The researchers measured the quality of life of more than 10,000 people in the United States and the United Kingdom using eight different factors. They found that generally happiness reaches a low point in middle-age and then gradually rises as people become senior citizens. The study covered a range of health and lifestyle components, including sleep and weight. The impact of sleep on quality of life was a big one. The researchers found that there is an optimum amount of sleep duration: people who sleep between 6 and 8 hours each night tend to have better physical and mental health scores compared to those who sleep less than six, or more than eight hours a night. Perhaps more surprisingly, the researchers also found that weight did not bear much of an effect on overall happiness: people with a BMI of more than 30 show similar levels of mental quality of life to those who are considered to be at a healthy weight. Head researcher, Saverio Stranges, MD, PhD, said "It’s obvious that people’s physical quality of life deteriorates as they age, but what is interesting is that their mental well-being doesn’t also deteriorate – in fact it increases. "We suggest that this could be due to better coping abilities, an interpretation supported by previous research showing older people tend to have internal mechanisms to deal better with hardship or negative circumstances than those who are younger. "It could also be due to a lowering of expectations from life, with older people less likely to put pressure on themselves in the personal and professional spheres."

If you happen to be feeling a bit blue, Huffington Post and Health.com put together a list of tips to help cheer you up: Buy an Experience "Purchasing things like televisions, clothes and coffee machines won’t make you happier overall -- but buying experiences maximizes happiness," says Michael Norton, Ph.D., associate professor of business administration at Harvard Business School and co-author of Happy Money: The Science of Smarter Spending. Research shows that people who purchased concert tickets, a series of crochet lessons or simply a Tuesday night dinner out were happier than those who spent their money on tangible goods. Focus on Your Strengths Basking in what’s already great about yourself is a more effective route to joy than trying to fix what’s not, says Willibald Ruch, Ph.D., a professor of psychology at the University of Zurich who studies character strengths and happiness. "Think about how you might use your top five strengths in your relationship, at the office and in your free time," says Ruch. People who consistently apply "signature strengths" experience less depression and more happiness. Find the Silver Lining "Not that we wish cancer on anyone, but it’s often negative experiences that help us grow and learn, which is vital for being happy," says Sonja Lyubomirsky, Ph.D., professor of psychology at the University of California in Riverside and author of The Myths of Happiness. When upheaval strikes, she says, consider how you have improved as a result. Start Enjoying Your Commute People who walk or bike to the office may be happier than those who drive or take the bus, finds a 2012 study of 800 people in Portland, Oregon. The reasons are what you’d expect: You’re in control of the timing, there’s an endorphin rush from exercise and no traffic. But if you have to drive, you can still arrive at the office perky. "Commuting is actually a good time for built-in introspection and reflection," says Todd Kashdan, Ph.D., associate professor of psychology at George Mason University in Fairfax, Va. Be Generous "While giving to charity brings more happiness than spending money on yourself, our research finds that doing things for people you know makes you happiest," Norton says.