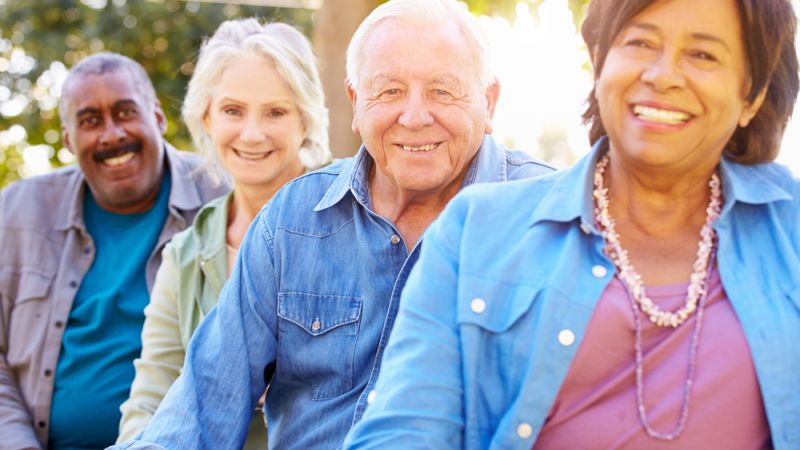 Historically described as a “melting pot,” the United States has long been a place where people of various backgrounds have come together to form a diverse yet unified country. As a result, our nation’s history is filled with incredible accomplishments from different groups of people, and it’s important that we celebrate the contributions that have shaped this country into what it is today.

In addition to Martin Luther King, Jr., John Lewis is one of the most famous African-Americans of the Civil Rights Movement. Growing up in Alabama, Lewis was deeply inspired by Martin Luther King, Jr., which lead him to become a Freedom Rider, a speaker at 1963’s March on Washington and a leader of a demonstration in 1965 that would later be known as “Bloody Sunday,” because the marchers were beaten by police.

Today, Lewis continues to fight for people’s rights through his political career. He has become one of the most respected members of Congress representing Georgia’s 5th District, and he focuses his efforts on reforming health care, fighting poverty and improving education.

Although she is most widely known for hosting “The Oprah Winfrey Show” from 1986 to 2011, this doesn’t even begin to cover all of her amazing accomplishments. In addition to being a successful actress, publisher, producer and entrepreneur, she is also considered to be the greatest black philanthropist in American history.

Since the founding of Oprah’s Angel Network in 1998, Winfrey has helped raise more than $51 million for a variety of charitable causes, including promoting girls’ education in South Africa and sending relief to Hurricane Katrina victims.

Not only has he received a total of 11 military decorations, including a Purple Heart, Bronze Star and the Legion of Merit, but Colin Powell is also one of the most famous black people in politics today. In addition to being the first African-American appointed as the United States Secretary of State from 2001 to 2005 under George W. Bush, Powell was the first -- and so far only -- African-American to serve as Chairman of the Joint Chiefs of Staff, the highest military position in the Department of Defense.

Stevie Wonder is one of the most famous black people in the music industry. As a child prodigy, he taught himself how to play the piano, harmonica and drums before the age of 10, and he then made his first recording debut one year later in 1961. Wonder would then go on to write and sing hits like “Superstition,” “Living in the City” and “That Girl,” and he has continued to record new music and tour.

In addition to being one of the most creative music artists, he also advocates to improve the services available to the blind and disabled. He was even named a United Nations Messenger of Peace in 2009.

Another famous African-American in politics is Loretta Lynch. After earning her degree from Harvard Law School in 1984, she began her career at a private law firm, and just six years later, she became a prosecutor for the U.S. Attorney’s office in New York’s Eastern District, serving under both Bill Clinton and Barack Obama’s presidencies. In 2015, Lynch was appointed to serve as the U.S. Attorney General -- the first African-American woman to do so.

This is certainly not a full list of all of the incredible achievements made by famous African-Americans throughout history, but it does show how celebrating the successes of others year-round -- not just during Black History Month -- can only serve to unify and strengthen this nation as we continue to witness groundbreaking accomplishments.

Medical Guardian proudly supports Black History Month, as we are well aware that the struggles we all share as we age do not discriminate based on the color of your skin. Our only goal is to provide seniors and their loved ones with access to 24/7 monitoring services through medical alert systems to ensure the health and wellbeing of all of our clients.