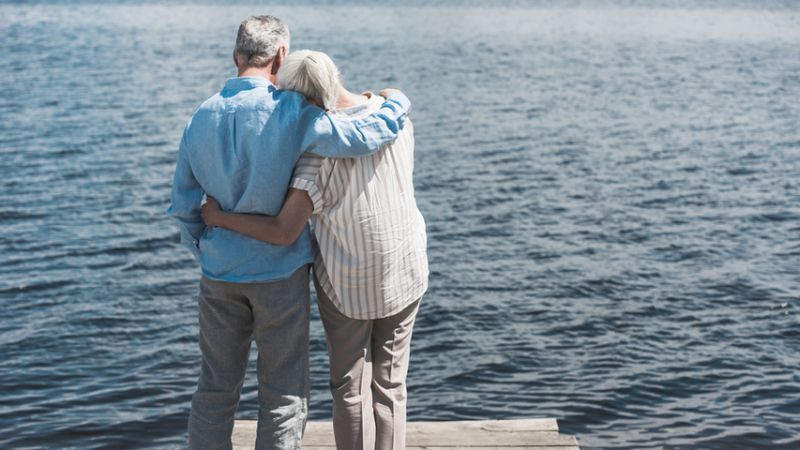 Whether it’s your weight on a scale or the number of candles on your birthday cake, it can be daunting to see numbers go up in your life— unless you’re looking at your bank account. Growing older can be especially complicated for people since so many aspects of your life seem to drastically change at once. Kids grow up and move out, retirement is on the horizon, and then what? What comes next?

This is one of many common fears of aging, anxieties which plague roughly 87 percent of Americans according to a 2014 Pfizer Research Study. The majority of respondents to the study worried about experiencing a decline in physical ability, a close second was memory loss and tied for third was having a chronic disease or running out of money. Although many people might have a fear of aging, there’s no way to avoid it, so finding ways to come to terms with those fears and moving beyond them can be the key to living a happier, healthier life in the long run.

Figuring Out How To Cope With Getting Older

It’s not uncommon to have a fear of aging, especially once you start to see wrinkles, gray hairs and start to have trouble recognizing the person staring back at you in the mirror. But figuring out how to cope with getting older is actually an essential part of aging well. In fact, a recent article from The Washington Post examined a variety of studies about the connection between your attitude about aging and how it relates to your physical health as you age. As it turns out, how you cope with getting older matters.

One study found that “as people get older they consistently say they feel younger—much younger—than their actual age.” In another study, researchers examined the attitudes of the children of centenarians and found that they, too, had a “strong sense of purpose and meaning to their lives, compared with the general population.” The correlation here is that a positive attitude about aging can lower the risk of dementia and other typical age-related issues.

In general, a fear of aging means holding on to negative thoughts and anxieties about growing older, which won’t serve you well in the long run. Embracing the present, accepting that life is a journey that is constantly aging you, and feeling good about your life at every step of the way can help alleviate common fears of aging and provide you with the tools you need to cope with getting older.

One of the studies mentioned in the Washington Post article found that a big source of anxiety surrounding aging comes from the media and the way that older people are portrayed. William Chopik, is an assistant professor of psychology at Michigan State University and a researcher on a published study about the perception of aging. According to Chopik, “Negative views about aging are communicated to us early in life, through media, books and movies and what our friends and family tell us. These attitudes are present and pervasive already in childhood, so naturally, it’s hard to enact meaningful change to these attitudes.”

Hard, but not impossible. Common fears of aging include:

While all of these fears are valid concerns, they shouldn’t prevent you from living in the present and allowing yourself to feel young, no matter the number associated with your next birthday. The truth of the matter is that seniors today are now more active than any generation prior, and have more options in terms of living arrangements, activities, work and cultural enrichment opportunities. Letting go of these common fears of aging can open up this whole new world of potential!

Live A Life Without Limits

At Medical Guardian, we strongly believe that all seniors should have the chance to live a life without limits. For those who choose to remain at home as they age, Medical Guardian can help remove your fear of aging by providing you with affordable and reliable medical alert systems. Medical alert systems can work both inside and outside of the house and can ease any anxiety you may have about experiencing falls or medical emergencies that arise with age.

KEYWORDS: aging, fear of aging, common fears of aging, how to cope with getting older

How to Know When Your Elderly Parents Need Help