What You Need to Know: The 7 Stages of Alzheimer’s 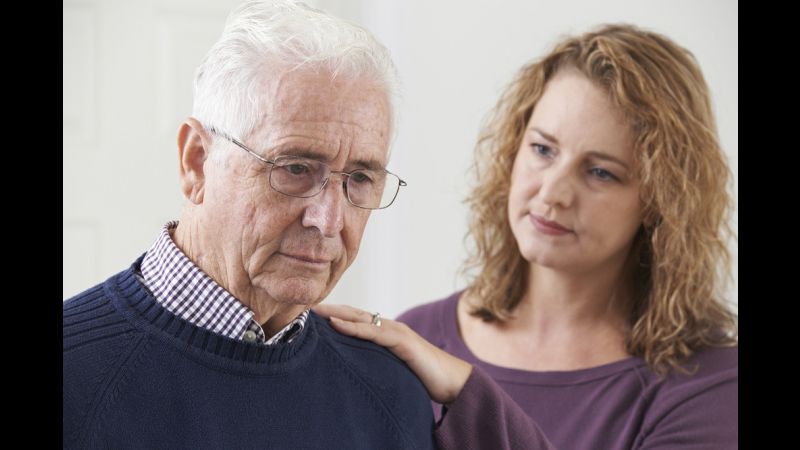 We often hear a lot about Alzheimer’s disease, a form of dementia that currently affects millions seniors nationwide. But what may not be as well-known about this debilitating disease is that there are actually 7 stages of Alzheimer’s. Each stage has a list of the typical symptoms you may notice in a loved one, but it’s important to know that these may vary according to each individual.

To help guide you and your loved ones through this diagnosis, below are the seven stages of Alzheimer’s and their characteristics as outlined by WebMd.

It’s highly unlikely you’ll notice any symptoms in this first stage as one’s behavior does not experience any changes. To make things more difficult, a PET scan is the only way to determine whether you or a loved one has Alzheimer’s disease. However, having an annual physical exam will help both you and your doctor determine any changes in your overall physical and mental health.

Again, you may not notice any big behavioral changes during this stage, but you may begin to notice small differences. These differences could be as simple as misplacing an object or forgetting a word. However, it’s important to see your doctor regularly as some of these small differences may simply be due to aging, not Alzheimer’s.

It’s usually during this third stage of Alzheimer’s that you will begin to notice changes in reasoning and thinking. These could include a variety of changes, including forgetting something that was just learned or read, repeating questions or having difficulty remembering names. During this stage, it’s best to organize legal and financial affairs before the disease progresses.

You may notice during this stage that the changes in reasoning and thinking outlined above may worsen and even new changes can appear. These new changes could range from confusion over the time or place or even forgetting details about oneself. It’s best during this stage to make your home safe for an Alzheimer’s patient, especially if they tend to wander or become confused easily.

Forgetting names or confusing the identity of others, even of closest loved ones, may occur when Alzheimer’s disease has reached this severe decline stage. One’s ability to clearly communicate may also diminish, but appealing to one’s senses by listening to music, reading or looking at old photo albums may help.

During this final stage, one’s ability to complete daily tasks, such as eating, grooming and even walking, may completely decline. This may be the hardest stage to watch a loved one endure, but it’s important that they know that they are not alone. It’s also important to note that one may no longer be able to tell if/when they are thirsty, so always make sure they are drinking plenty of water.

It’s important to be familiar with these stages of Alzheimer’s, especially since baby boomers are at a greater risk of Alzheimer’s disease than any other demographic.