What You Need to Know About Glaucoma 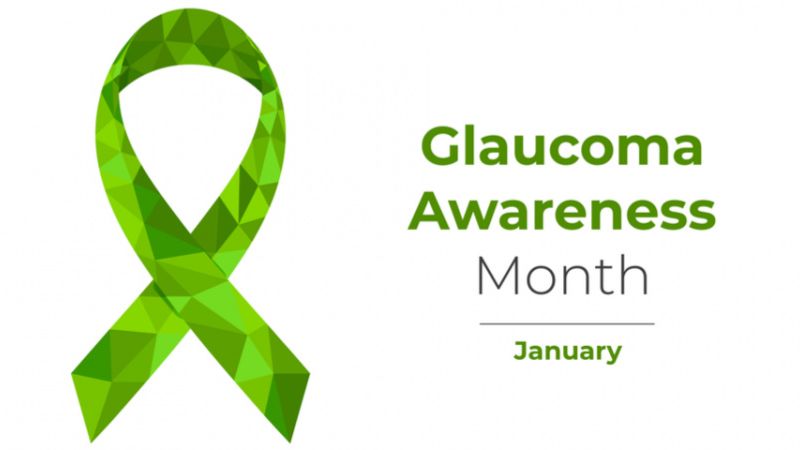 Of all the conditions that impact your senses with age, glaucoma may be the hardest to see (no pun intended). According to the Glaucoma Research Foundation, an estimated 2.2 million Americans may be living with glaucoma and only half of them are aware of their affliction. January is Glaucoma Awareness Month, which aims to educate people about one of the leading causes of blindness among older adults. Awareness goes hand-in-hand with screening and prevention, which could be the difference between vision and blindness for many aging Americans.

While there is no cure, the right glaucoma treatment can reduce its impact. First, you must know what to look for.

What Causes Glaucoma In Adults?

So, what causes glaucoma in adults? Quite simply, our eyes can become less efficient at draining waste as we age. The result is an intraocular pressure that can inhibit vision and damage the optic nerve. Left untreated, this pressure may ultimately deprive you of your vision altogether.

In light of the fact that many of the signs of glaucoma won’t surface until the condition has reached a certain degree of severity, your very best defense is to see your ophthalmologist with regularity. Schedule eye doctor appointments at least every three to five years after the age of 40. After 60, that number should go down to once every one or two years.

When it comes to what causes glaucoma in adults, there are certain risk factors that should be taken into consideration. The Glaucoma Research Foundation reports that African Americans are 15 times more likely to become visually impaired by glaucoma than Caucasians. For this reason, it may be advisable to begin scheduling regular eye appointments starting at age 30 if you are African American.

Other risk factors may be lifestyle-related. According to Vision and Eye Health, smoking is known to restrict blood flow, leading to a greater risk of intraocular pressure. Simply stated, smoking cessation is a great way to lessen your risk of glaucoma.

Diet and exercise can also have an impact on what causes glaucoma in adults. Research has found that diabetes may also contribute to your risk of glaucoma. Improve your physical regimen and your nutritional intake and you may also improve your chances of having a clear vision as you age.

The two most common types of glaucoma are known as primary open-angle glaucoma and angle-closure glaucoma. While their symptoms are different, both contribute to similar long-term optic damage.

The signs of glaucoma aren’t always clear; its symptoms will rarely be evident until the condition has reached more advanced stages, so early signs of glaucoma are hard to spot. According to the Mayo Clinic, symptoms of advanced open-angle glaucoma will include a gradual loss of peripheral vision and, eventually, total tunnel vision. By contrast, signs of angle-closure glaucoma may include eye pain, nausea, sudden onset visual disturbance, blurred vision, light halos and reddening of the eye. The Mayo Clinic notes that one can suffer from both forms at once.

If you adhere to a regular screening schedule with an eye doctor, early detection of glaucoma help prevent further damage. While glaucoma cannot be cured, it can be managed and its impact can be contained in most cases.

According to the Glaucoma Foundation, eye drops are a common part of glaucoma treatment and will usually become a part of the patient’s daily self-care routine thereafter. When drops alone are not sufficient to reduce pressure, pills may be prescribed. In both cases, be sure your physician knows of any other prescriptions you might already be taking or allergies that you might have.

Another common form of glaucoma treatment is laser surgery. Laser surgery is minimally invasive, conducted on an outpatient basis, has a high success rate and presents minimal risk of complication. These qualities have made it an increasingly popular option for those living with glaucoma.

Being Proactive About Your Health

With regular screening and healthy lifestyle decisions, glaucoma can be contained and managed. Preventative healthcare, like regular check-ups and screenings, is one of the best ways you can take steps to become proactive about your approach to health.

Another way to be proactive about your health is to invest in a medical alert system. Whether you are concerned about worsening eyesight from glaucoma, have chronic health issues, or are at risk for heart disease, a Medical Guardian medical alert device will be there to help you in an emergency.

KEYWORDS: glaucoma, signs of glaucoma, what causes glaucoma in adults