The Heat and COPD: What You Need to Know 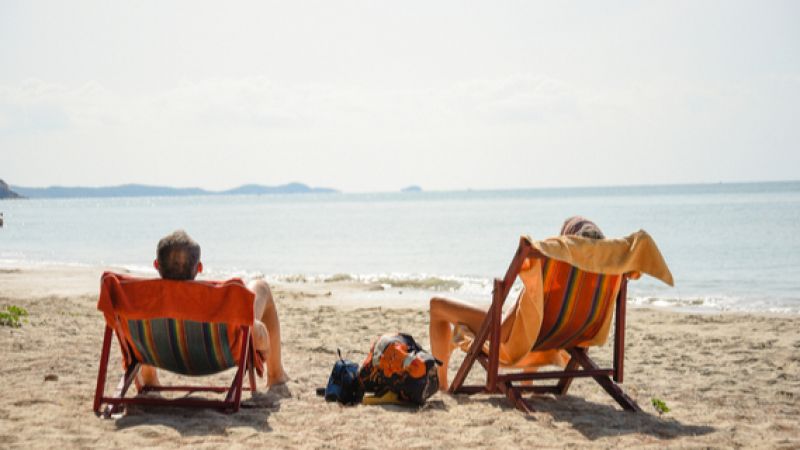 The summer is fast approaching and after a long, cold winter, many people are breathing a collective sigh of relief to feel the warmth of the sun again. Some, however, worry about health risks associated with warmer weather; from concerns about melanoma from the sun to dehydration to heat stroke, summer can be a stressful time for seniors.

Especially for those seniors who are living with COPD. Those suffering from this chronic respiratory illness are vulnerable to the impact of the hottest days of the calendar year. And with the effects of climate change seemingly more intense with every passing year, the dangers related to sustained heat waves are becoming greater public health issues all the time.

Approximately 15 million Americans are living with a diagnosis of Chronic Obstructive Pulmonary Disorder (COPD), a condition which typically refers to a group of diseases resulting in an airflow blockage and difficulty breathing. Chronic bronchitis and emphysema are the two most common conditions associated with COPD, which are both marked by the COPD symptoms of coughing, wheezing, and tightness in the chest.

A COPD diagnosis typically isn’t delivered until significant lung damage has occurred. For example, according to the Mayo Clinic, a chronic bronchitis diagnosis requires the presentation of “a daily cough and mucus (sputum) production at least three months a year for two consecutive years.” Additional COPD symptoms include:

In most instances, smoking is believed to be a leading cause for the COPD.

So, what is COPD in relation to the heat? Individuals living with COPD are likely to experience even greater respiratory difficulty when it gets hot out. With or without a respiratory disease, humans tend to find breathing in the hot weather to be less comfortable. In fact, breathing in hot air can cause something called a bronchospasm, in which the airways contract. But for those living with COPD, this discomfort can actually manifest as a serious health concern since the airways are already inflamed and irritated.

However, it’s not just outdoor heat that causes a problem for those with breathing issues during the summer months. Elevated temperatures indoors can cause an increase in dust and particulates in the air, which can worsen COPD symptoms for many people.

Reducing the Risk Of COPD

While we can’t make the sun any less oppressive on a really hot day, we can regulate the temperature in our own homes. If you have COPD but your house lacks proper air-conditioning, you should strongly consider installing an air-conditioning window unit. The cost is low but the benefits are huge.

In addition to finding ways to better regulate your indoor temperatures during the summer, COPD symptoms can be controlled in the following ways:

While COPD is a chronic disease that can affect your health year round, those living with the condition need to exercise caution during the warmer months in order to maintain their health. If you or a loved one are struggling with your COPD symptoms, talk to a physician about it immediately.