Seniors and Sex: The Rise of STDs 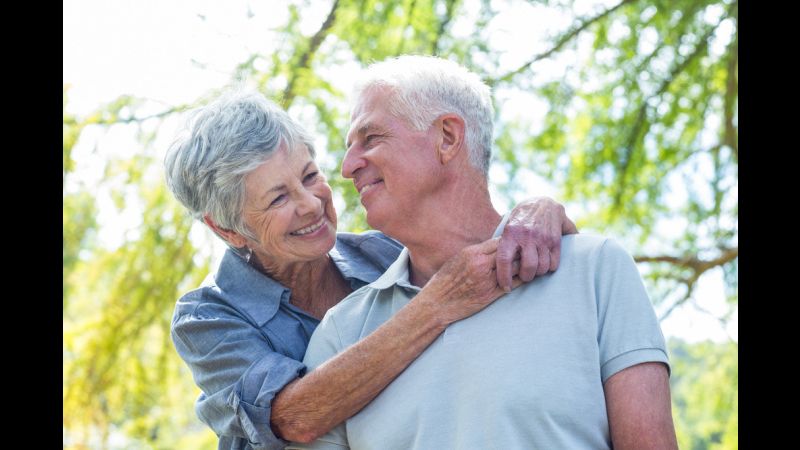 There’s no question about it. Erectile dysfunction drugs are a wondrous thing. We’ve all seen the commercials where senior citizens take ballroom dancing classes, ride bicycles and recline in bathtubs on the beach. They’re very tasteful and just a little sly, but we all know what they’re really talking about. They’re talking about sex. Senior citizens are having more sex all the time thanks to the proliferation of erectile dysfunction remedies, online dating websites and the mere fact that people are living longer, healthier lives. This is excellent news for singles who are verging on retirement. In fact, an article by WebMD observes that sexual activeness carries a number of health benefits including reduced stress levels, improved self-esteem and lower blood pressure. Certainly, there are far worse ways to avoid a sedentary life style. But it’s not all ballroom dancing and bathtubs on the beach. As seniors become more sexually active, they also run the risk of contracting Sexually Transmitted Diseases (STDs). The reality may come as a shock to many seniors who have been out of the dating game for a few decades. The risks are real though and sexually active seniors must take steps to protect themselves.

The Reality According to the Digital Journal, roughly 80% of people 50 years or older are sexually active today. This same demographic has also experienced a sharp spike in the rates of STDs. The Digital Journal reports that the rates of syphilis and chlamydia among adults ages 45 to 65 nearly tripled during the decade ending in 2010. Even more troubling still, a 2009 article from CBS News reports that between 1995 and 2003, cases of HIV/AIDS among individuals 50 or older have risen a staggering 500%! This represents an alarming pattern, all the more so because so many senior citizens remain unaware of the dangers. One of the reasons for the increase in STDs among this particular population is not just because more senior citizens are having sex. As a recent article in the Miami Herald points out, this is also happening because so few senior citizens have received any kind of formal sex education. Most came of age in a time when public discussion of sex was considered taboo. This extended into school, where precious little frank education was given on the health concerns related to sex and dating. Now, more seniors than ever are entering the dating world. And just like teenagers, many seniors need sex education.

Minimizing the Risk Public discourse on safe sex has evolved dramatically over the last several decades. Historically, conversations on the use of condoms have been clouded by moral concerns over promoting wanton promiscuity. Today, senior citizens are enjoying something of sexual revolution, redefining expectations for romance, companionship and passion in the golden years. Now that we’re allowed to be frank about sex, we need to be frank about the risks. Sex Ed: Making safe sex education a priority in senior communities is critical. If you are a sexually active senior, you need to recognize the hazards posed by unprotected sex and the importance of using a condom correctly. This recognition could go a long way toward reversing the frightening patterns that we’re seeing today. Testing: Equally pressing is the need to promote STD testing among senior citizens. Many are living with and spreading conditions without ever knowing it. Testing is an important way to prevent the further spread of STDs and to ensure that those who need treatment are receiving it. Consultation: Seniors must be encouraged to speak openly and honestly with physicians about sex. Ask your doctor questions and make sure that you understand the risks and realities of being sexually active in the current dating climate. Take the appropriate steps to protect yourself and your partner so that you can enjoy a satisfying and gratifying sex life well into your later years.