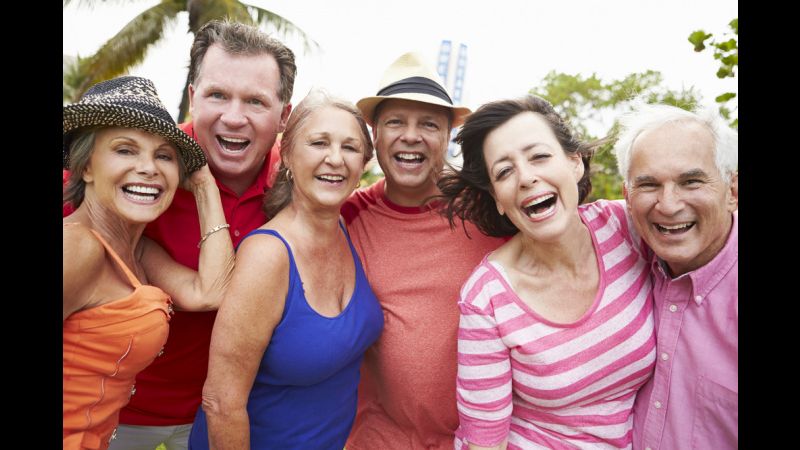 Are you an independent senior? You are not alone. There’s no age limit for independence; as long as you can maintain your body and your mind, you can be capable of achieving some amazing things.

The AARP’s 2012 The United States of Aging Survey found that 65 percent of seniors between the ages of 60 and 70 years old “find it very easy to live independently,” and 43 percent of those over the age of 70 find independent living to be very easy as well. A contributing factor may be the fact that most of the seniors surveyed over the age of 65 feel “a strong sense of purpose and passion about my life and my future.”

Optimism and passion can be the differentiator people need to keep living independently through the years. It’s possible to achieve some great accomplishments later in life, and to prove it, we’ve found these stories of seniors doing amazing things:

After completing the marathon, this independent senior told The Washington Post:

“I always say, I feel fine unless you want the details. I know I have limitations now I didn’t have before. At age 94, I feel like I did when I was 16, but I can’t move as fast. Overall, I feel fine.”

This Roman Catholic nun, who has completed over 340 triathlons, including 45 Ironman competitions, started “running for fun” at the age of 48. Sister Madonna Bruder has earned the nickname “Iron Nun,” after she completed “the 2005 Hawaii Ironman at 75 years old, obtaining the record of the oldest woman ever to complete the race.”

In an article penned by Sister Madonna Bruder for Glamour Magazine, she talks about how achieving great accomplishments late in life can be as simple as mind over matter:

“I don't think I'm too old to run! I was at the YMCA the other day, and another woman was talking to her friend about how she was too old to work out for an hour. I didn't say anything to her, but if I would have said something, I would have told her that you're talking yourself out of something rather than into something...When I hear people say they can't do something because they're getting older, I say, "I don't know what I'd do without running!" I love the feeling I get when I whiz past people younger than me and they say, "I want to be like you when I get your age!" I want to inspire people and help them get through their race.”

John Glenn was a veteran, astronaut and politician--talk about seniors doing amazing things! Although Glenn was 40-years-old when he made history as one of 7 men to be launched into space for the very first time, he was remarkable enough to make history again when he became the world’s oldest astronaut at the age of 77.

At 77-years-old, Glenn spent 9 days in space, as his shuttle orbited the Earth 134 times. He essentially volunteered himself for a scientific experiment to test how an aging body would respond to a weightless environment. In 2002, when asked about going back into space, Glenn told the Cincinnati Inquirer that he felt as though “there is no greater calling, If I can inspire young people to dedicate themselves to the good of mankind, I've accomplished something.”

You may have already heard about Nola Ochs, since her college graduation at the age of 95 gained the attention of the national news media. Ochs earned her undergraduate degree from Fort Hays University in Hays, Kansas with a focus on history in 2007, which earned her a spot in the Guinness Book of World Records as the oldest person to ever graduate from college.

Not allowing her age to come between her love of learning, Ochs went on to complete a master’s degree in liberal studies with a concentration in history at the age of 98! “When I came up here of course I knew I was old, but I didn’t pay attention to how old I was,” Ochs told CBS News in 2007.

As many of these independent seniors have proven, it is possible to achieve great accomplishments later in life, regardless of your age. But you don’t have to be a triathlete or an astronaut to celebrate your independence. In fact, there are plenty of ways you can maintain your independence:

For many of you, independence starts at home. Medical Guardian’s medical alert devices make it possible to stay safe at home, longer. And in honor of Independence Day coming up, we are offering a great deal for the month of July: to get a complimentary $25 Amazon gift card when you make an annual purchase of any of our products, use the promo code IN17*. So celebrate your independence this year with Medical Guardian!