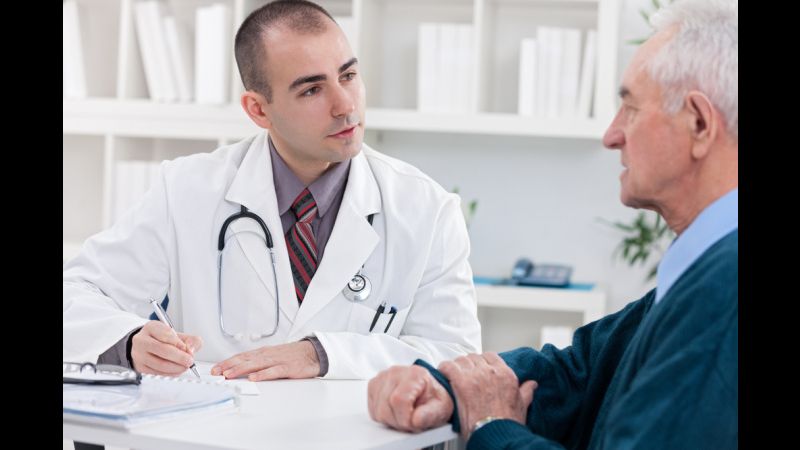 Diabetes is an American epidemic. The American Diabetes Association reports that 9.3 percent of the overall U.S. population is living with either type 1 or type 2 diabetes, and that a shocking 25.9 percent of people aged 65 and above are affected by diabetes. You read that right: a little over a quarter of the senior population in America, or roughly 11.2 million seniors, have to think about how to manage their diabetes.

But when it comes to men and diabetes, there seems to be a serious gender imbalance with their diabetes diagnoses. And as if that’s not troubling enough, research has linked some surprising diabetes symptoms in men with other, very serious, health concerns.

The Centers for Disease Control, which has tracked diabetes data in the US since the 1980s, discovered that there was a 177 percent increase in the male rate of diabetes diagnoses in America between 1980 and 2010. The rates for women, while also on the rise during those years, was considerably lower, with an increase of only 114 percent. Although that number is also high, there is still a 63 percent imbalance tipped towards the men.

Part of the problem is that so many men live with undiagnosed type 2 diabetes, or prediabetes symptoms, which can eventually manifest themselves in more severe conditions. It is estimated that nearly 8 million people in the United States, both men and women, are living with undiagnosed diabetes, which can be dangerous, especially for men.

While there is overlap in the symptoms of type 2 diabetes in both men and women--such as increased thirst, frequent urination, fatigue and blurred vision--there are also lesser known diabetes symptoms in men over the age of 50, which often get confused for other conditions. Those symptoms include:

In addition to taking certain medications that your physician may prescribe, diabetes--and many of the above symptoms--can be managed by making certain lifestyle changes, like adding more exercise to your weekly routine, quitting a smoking habit, and eating more nutritiously.

At Medical Guardian, we’re proud to serve clients living with diabetes since we’ve seen firsthand how scary a dip in blood sugar levels can be. No matter which symptoms of type 2 diabetes you are experiencing--from lightheadedness, to blurred vision, to fatigue--having a Medical Guardian medical alert device on hand can keep you connected to help in an emergency, and could help save your life.