Loving Life Is Key to Bone Health for Older Women 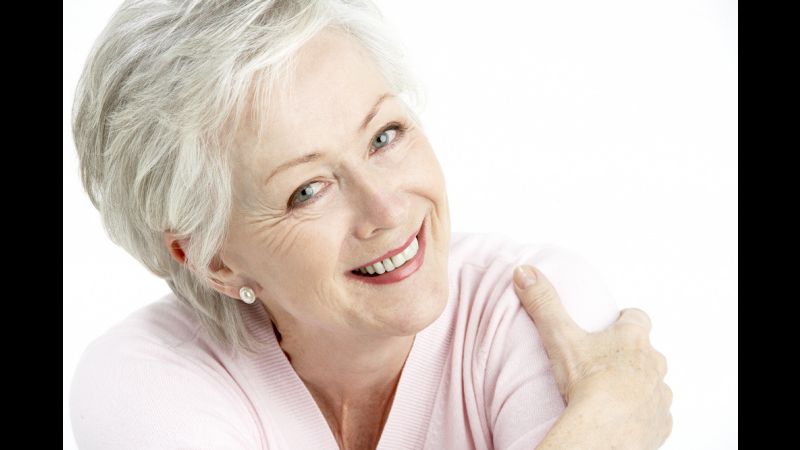 Kris Carr, the New York Times best-selling author and wellness expert, once said: “If you don't think your anxiety, depression, sadness and stress impact your physical health, think again. All of these emotions trigger chemical reactions in your body, which can lead to inflammation and a weakened immune system.”

And science has just proven her right.

According to a new study published in Psychosomatic Medicine: The Journal of Biobehavioral Medicine, women who are more satisfied with their lives as they enter menopause are less likely to suffer from osteoporosis than their more unhappy peers.

The study, from a team of researchers at the University of Eastern Finland analyzed the data from over 2000 women who had participated in the Kuopio Osteoporosis Risk Factor and Prevention (OSTPRE) Study, which has been ongoing since 1989. Participants for this study provided bone density measurements in 1999 and then again for a follow-up in 2009. They were also asked four questions about their interests and ease of living, their happiness and their feelings of loneliness.

Surprisingly, the researchers found that while overall bone density dipped by 4 percent over the course of the ten years for the entire group, they also found that there was as much as a 52 percent difference in bone density between those who reported life satisfaction and those who did not. In fact, the more unsatisfied participants in the group saw their bone density weaken by as much as 85 percent in comparison with their happier counterparts.

Osteoporosis is a bone disease in which you lose bone density, making them brittle and weak and more prone to breaks or fractures. Women who have gone through menopause are usually the most at risk for developing osteoporosis, often due to the lack of estrogen in your body afterwards.

According to the National Osteoporosis Foundation, there are roughly 54 million Americans currently living with osteoporosis and low bone mass, leading to “approximately one in two women and up to one in four men age 50 and older” breaking a bone because of it.

And these breaks are often severe, typically occurring as a broken hip, wrist or spine.

The perils of osteoporosis, however, can be avoided with the right amounts of diet, exercise, or medications. Be sure to talk to your doctor should you think you might be suffering from osteoporosis.

Of course, aside from lifestyle changes like diet and exercise, or from starting prescription medication for osteoporosis, you could also try a healthy dose of happiness! As the researchers at the University of Eastern Finland have found, happiness can actually play a huge role in keeping your bones healthy as you age. How can you live happier?