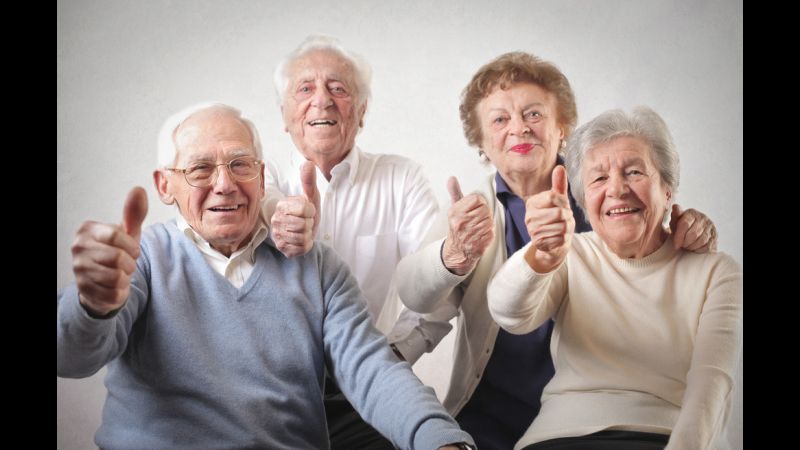 With National Senior Citizen’s Day coming up later in the month, we figured why not celebrate seniors all month instead of just one day? After all, seniors have done some pretty amazing things for this country, and this world.

Interestingly enough, some of the best accomplishments of senior citizens happened for them later in life. Decades of work and life experience set the stage for seniors to make great accomplishments late in life, so it’s no wonder that so many seniors have found success in their “second act.”

Here are a few of the seniors who have inspired us with their great accomplishments late in life:

John Glenn is one of the few Americans who have had the privilege of exploring space. He was the first person to orbit the Earth and also the oldest person to go to space at the age of 77. Although Glenn was an acting U.S. Senator at the time, he agreed to go back into space to participate in life-sciences experiments with the ultimate goal of increasing “astronomical understanding with regards to the Sun, and how it affects life on Earth.”

The majority of people know Julia Child as a television chef, but prior to honing her skills in the kitchen she worked as a top secret researcher in the Office of Strategic Services (OSS) during World War II. At age 50, when she was promoting her book Mastering the Art of French Cooking, she was discovered on a public TV station in Boston and a star was born! The French Chef aired locally in 1962 and Child went on to become a national cooking sensation.

Diana Nyad is famously known for becoming the first person to swim from Cuba to Florida without using the aid of a shark cage. The swim was 110 miles long and required 53 straight hours of swimming! As if that’s not impressive enough, Nyad was 64 years old at the time. That’s a pretty great accomplishment to achieve late in life!

Nelson Mandela was a leader of the anti-apartheid movement in South Africa, which landed him in jail serving out a life sentence in 1961. Upon his release in 1990, he was able to help negotiate the end of apartheid for South Africa and was eventually elected as the President in 1993 at the age of 75. Aside from being the oldest head of state in South Africa’s history, he was also the first non-white head of state, making his great accomplishments late in life and also making history.

Don’t Let Age Hold You Back

Age is really just a number! As you can see, some of the best accomplishments of senior citizens have only been able to be achieved because of their age and experience.

Maintaining your health and independence is the best way to accomplish great things. Buy a Medical Guardian medical alert system today and see all the greatness you’ll be able to achieve!

Wearable Devices to Track Your Fitness