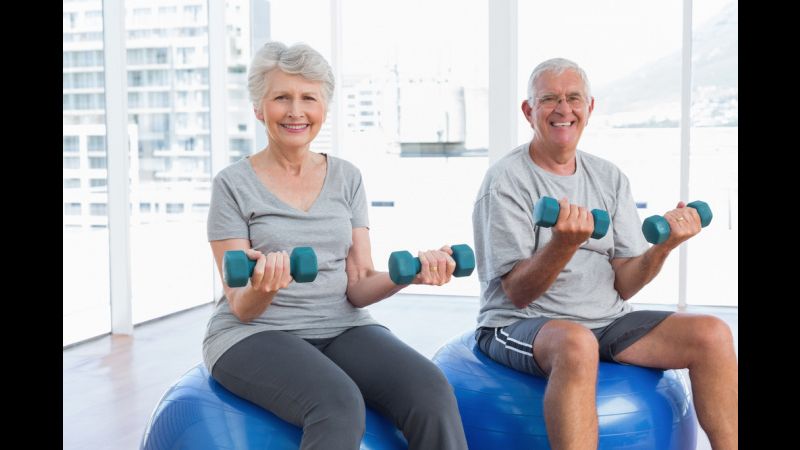 The benefits of exercise seem to be abundant; it can help you lose or maintain your weight, sleep more soundly at night, and improve cardiovascular function. And now, it seems, exercise can also aid in reducing your risk of dementia.

Exercise and dementia--in particular vascular dementia, which is the second most common type of dementia behind Alzheimer’s disease--are a good match. Exercise can not only boost your cognitive function, but it also helps to lower blood pressure, which is a major risk for those living with vascular dementia. Vascular dementia is a particular form of dementia is typically brought on by a stroke or a reduction in blood flow to the brain, so anything that aids in boosting cardiovascular function can have a positive effect at warding off further cognitive decline.

The Science Behind Exercise and Dementia

A study published in Neurology, the “official journal of the American Academy of Neurology,” found that older adults who suffer from vascular dementia experienced cognitive benefits from working out at least three days per week. The researchers chose 70 adults with an average age of 74, all with mild vascular dementia, and randomly assigned them to two groups.

One group was asked to participate in a “progressive aerobic exercise training program” 3 days per week for 6 months, in addition to receiving “education on cognitive and everyday function.” The second group was assigned to receive the educational component only, without any exercise outside of their normal routine. At the end of the 6 months, the researchers noticed that there was a correlation between exercise and dementia, in that the group who exercised 3 times a week for 6 months showed a modest improvement in cognition, similar to the effect of some medicines.

In addition, the group that exercised also saw a drop in blood pressure levels and fared better on a test for how far they could walk in 6 minutes, proving that overall health improved.

Activities For People With Dementia

If you have a loved one living with dementia, vascular or otherwise, there are exercises and activities they can do that will help curtail the symptoms. Some activities for elderly with dementia include:

Teresa Liu-Ambrose, the lead author of the study, told Bicycling.com in an interview about the study that “We need to be cognizant that exercise in general is good for physical health, and a physically healthy body is critical for a healthy brain. Specifically, many chronic conditions that we develop in midlife and onwards, such as high cholesterol, blood pressure, and Type 2 diabetes, all contribute to one’s dementia risk."

The underlying message here is that staying active and integrating cardiovascular exercise into your regular routine can help keep both your mind and body healthy. No matter which of the activities for people with dementia you or a loved one participates in, the important thing is simply participation.

When it comes to exercise and dementia, safety is of the utmost importance. With a Mobile Guardian from Medical Guardian, you can have access to 24/7 medical monitoring services anywhere you go, so whether you choose to remain active around the house or out in the world, Medical Guardian will have your back.