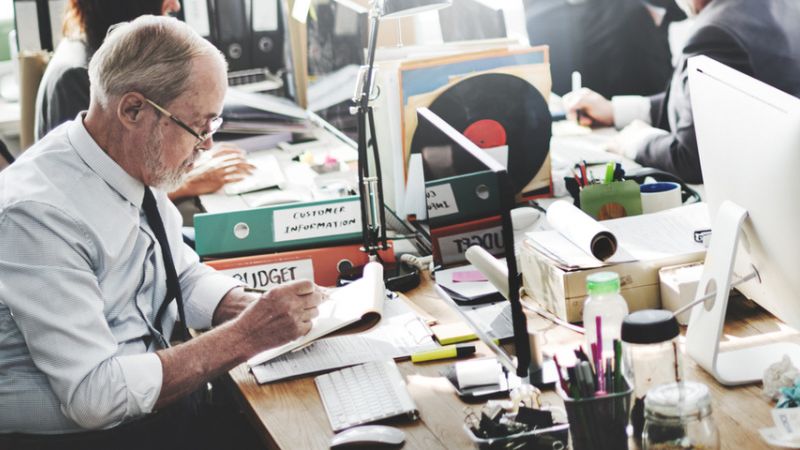 Here in the U.S., retirement used to be a given by the age of 65, but that no longer seems to be the case. Recent data released by the Census Bureau and Bureau of Labor Statistics has shown that the number of retirement age Americans in the labor force is the highest it’s been since 1962. For the first time in 57 years, 20 percent of people who are of retirement age are opting to work instead of retire.

To put it in perspective, in 1985, the number of those working past retirement age hit an all-time low of 10 percent—which means the rate has not only increased, it has doubled in just 30 years. The number of college-educated workers over 65 has also increased during that time period, up to 53 percent today from just 25 percent in 1985. Having a degree increased the average income for retirement age workers by a whopping 63 percent during this same time period, from $48,000 to $78,000.

So while some older workers may choose to continue working because they are passionate about their jobs, many—as one Bloomberg News article put it—are quite simply “woefully under-saved.”

While many older workers are making more money than generations past, the cost of living is also much greater. Here are some of the factors that have to be considered when saving for retirement:

Americans are living longer than ever before, but they are literally paying the price. Affordable health care has become one of the nation’s most pressing concerns, as the cost of care has skyrocketed in recent years. Thankfully, with the passage of the Affordable Care Act in 2010, insurance companies can no longer deny coverage or increase the cost of services to those with pre-existing conditions, however, the price of insurance premiums has gone up exponentially for many people.

In addition, since you don’t qualify for Medicare until age 65, those who would like to retire early have to come up with a plan to cover their insurance during those gap years. For some, the cost of gap year coverage is so steep, it is more cost-effective to forgo early retirement and continue working.

While social security benefits can cover the cost of basic needs, like food and utilities, for many Americans of retirement age, income from social security isn’t enough to support their lifestyle. Bloomberg News interviewed Teresa Ghilarducci, an economics professor at the New School for Social Research, who estimates that social security benefits can replace about 40 percent of your working income once you retire. The general consensus about saving for retirement is that you need to have access to about 80 percent of your pre-retirement income in order to live comfortably, and many Americans just can’t get to that threshold.

It might seem strange to see children on this list, as most people approaching retirement age have children who are already grown up and potentially out of the house. But the reality is that raising children costs a lot of money, some of which is debt that can continue to follow you down the line. From college expenses to health care, to even having to continue to support children who have graduated but cannot find employment that pays them well enough to live independently—money that goes towards caring for children is money that otherwise would be part of your retirement savings.

Many Americans suffered devastating losses to their investment portfolios during the financial crisis in 2008. It’s been estimated that The Great Recession in 2008 cost the nation’s IRA and 401k plans $2.4 trillion, and still more were damaged by Bernie Madoff’s ponzi scheme. People who had made investing the main component of their retirement planning strategy ended up losing nearly everything. Thus, they have no choice but to continue working to make up for the loss.

Saving For Retirement, Working & Your Health

If you are one of the 20 percent of Americans over the age of 65 who have to—or want to—continue working past retirement age, make sure you are still maintaining your health in the process. The stress and anxiety of work and financial pressures can take a serious toll on your health, including high blood pressure, cardiovascular issues, weight gain, and diabetes.

Add that to the stress many already face as family caregivers for aging parents, and the chronic health issues (and cost!) can become incredibly problematic. To take some of the pressure off of yourself and give you greater peace of mind when you’re at work, invest in a Medical Guardian medical alert device for your loved one. With plenty of options to choose from, based on your needs and your budget, Medical Guardian can ensure that your loved one will always have a direct connection to help should they need it.