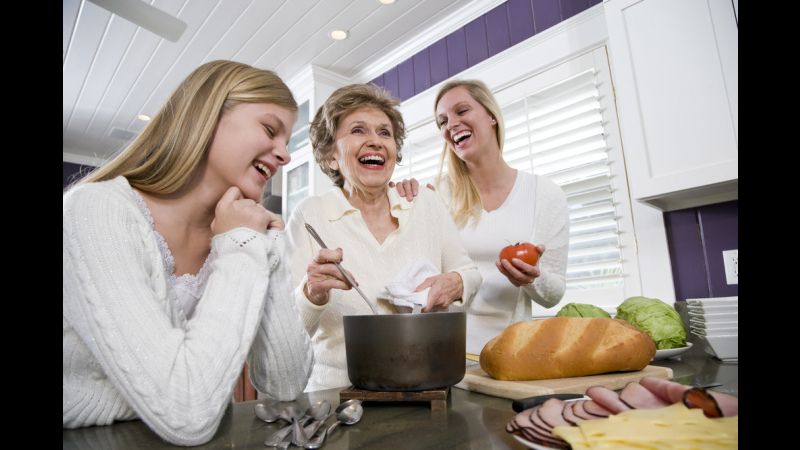 You might be familiar with the phrase “laughter is the best medicine” but did you know that laughter can actually keep you healthy? New research proves that laughter actually can improve the functionality of your brain as well as short-term memory in older adults.

This past April, researchers at Loma Linda University in Southern California set out to observe the effects of laughter on the body. By recruiting twenty healthy older adults and separating them into two focus groups: The first group spent twenty minutes watching a funny video. The control group sat in a room with no video. Twenty minutes later both groups were given a memory test and were tested for stress hormones. As it turns out, those who watched the funny film had better scores on the memory test and also less stress hormones than the control group.

"Learning ability and delayed recall become more challenging as we age," said study author Dr. Gurinder S. Bains, a Ph.D. candidate in Rehabilitation Sciences. "Laughing with friends or even watching 20 minutes of humor on TV, as I do daily, helps me cope with my daily stressors."

Laughter triggers the release of endorphins in the body which sends dopamine to the brain. The result of this transaction is not only a sense of happiness, but reward. The giving and receiving of endorphins and dopamine to the brain actually strengthens your immune system. Less stress means lower blood pressure, increased state of mind, and a decrease in stress hormones to stay happier longer. The less stressed that you are, the better your immune system and your memory works.

So next time you are feeling stressed or can’t remember when you put something, try laughing about it instead of worrying. You’ll be surprised at how much better your mood—and memory—will be!