The Many Benefits of Tai Chi 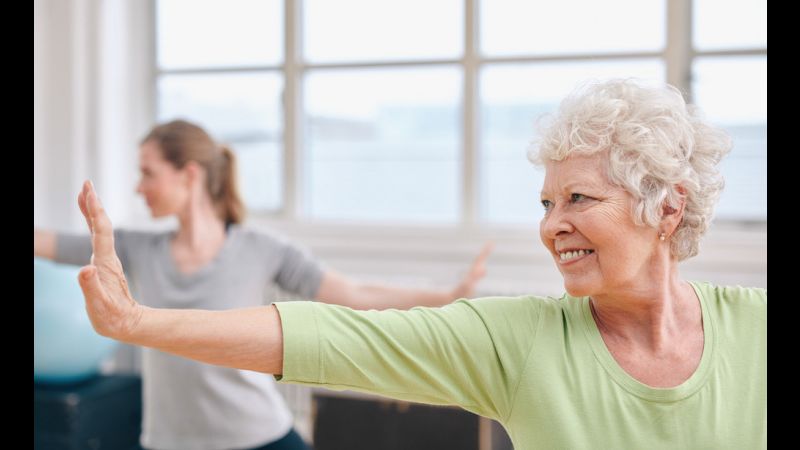 For years yoga has become increasingly popular as a form of exercise and stretching. In most yoga poses, one’s back is arched and the joints are locked, but for those with joint or back pains, these stationary poses may be more difficult, which explains the recent rise in the popularity of another form of stretching: tai chi. Although there are some important differences between these two types of exercises, studies have shown that they both have many health benefits, including improving one’s balance.

An Ancient Exercise with Modern Benefits

Despite its recent growth in popularity, tai chi has actually been around for centuries. It began in ancient China as a form of martial art that imitated animals’ movements. But today, it is used as a low-impact exercise and stretch activity.

So what exactly is tai chi? Tai chi, or ‘meditation in motion,’ involves a set of fluid, slow movements while breathing deeply. Due to its low-impact and slow movements, tai chi has become increasingly popular among the elderly.

There are several reasons why the elderly specifically benefit from this form of exercise:

Along with being a simple yet rewarding exercise, tai chi improves balance and reduces one’s fear of falling, which is a very understandable fear as one out of every three adults in the United States aged 65 or over falls every year according to the Centers for Disease Control and Prevention. Studies have shown that tai chi improves balance by training one’s proprioception, which is responsible for sensing the position of our bodies in space.

Tai chi is also known to improve muscle strength, flexibility and aerobic conditioning, all of which can make it easier to recover from a fall. As assistant professor of medicine at Harvard Medical School and director of the Tai Chi and Mind-Body Research Program at Harvard Medical School’s Osher Research Center Peter M. Wayne said, “A growing body of carefully conducted research is building a compelling case for tai chi as a adjunct to standard medical treatment for the prevention and rehabilitation of many conditions commonly associated with age.”

When added to the standard treatments, tai chi can help with the following medical conditions: heart failure, hypertension, stroke, heart disease, Parkinson’s disease, arthritis, low bone density, breast cancer and sleep problems. Some other health benefits include a relaxed state of mind and an outlet to deal with stress.

Like any other exercise, it’s a good idea to check with your doctor first before practicing tai chi. Although this exercise is very safe, it could be difficult for those with a musculoskeletal medical condition or those who consume medications that result in dizziness.

It is also important to attend a tai chi class before trying these exercises on your own. A typical tai chi class includes a warm-up, practicing tai chi forms, or sets of movement, and qigong, which is translated as “breath work” that is similar to the ‘cool down’ stage after exercising. Whether you’re in a class or at home, dress in comfortable clothes that do not restrict your movements and wear supportive shoes that won’t slip.

If you decide to consistently attend a class, be sure to talk to the instructor. Tai chi instructors do not need any licensing to teach a class, so seek out recommendations from clinicians and friends for experienced teachers.

You don’t have to run a 5K or lift heavy weights to enjoy these health benefits, so be sure to try tai chi to improve your balance!

Could Yoga Be the Key to Fall Prevention?

Falls are often thought of as a normal part of aging, and while they are quite common, they…

How to Find A Gym for Seniors

By now, it’s common knowledge that exercise for seniors can have a positive impact on health and longevity.…

Amazing Accomplishments from Athletes Over 50

Senior fitness is an important part of healthy aging. Not only can it help prevent obesity, diabetes, and…