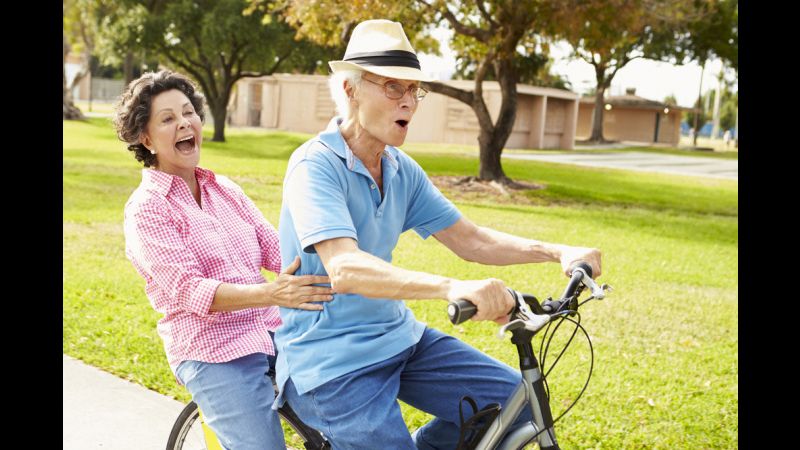 Exercise is certainly something that we all need, but let’s face it – we may need some motivation to focus on fitness now and again. To give all of us that much-needed motivation, we’ve compiled a list of the top senior celebrities promoting fitness. We’re sure some of these fit celebs will be familiar, but you may be surprised to see the impact they have made in promoting fitness!

Below are the top six senior celebrities promoting fitness:

1. Michelle Obama. Of course the First Lady would make our list! Since she became the First Lady back in 2009, she has made groundbreaking strides in promoting health and fitness in our nation, particularly among children with her “Let’s Move!” program. This 51-year-old is fit, and she’s not afraid to show it, either! Check out Michelle challenging Ellen DeGeneres to a pushup contest on her own show:

2. Bart Yasso. Running is one of the best exercises out there, and Bart knows it! He loves running so much that he’s actually one of the few people who has raced on all seven continents. If that wasn’t impressive enough, he is also a five-time Ironman Triathlon finisher and has cycled across the country twice. He is now passing on his wisdom by training marathon runners.

3. Helen Mirren. The 70-year-old actress has been entertaining audiences for years and is one of the few winners of the Triple Crown of Acting, having won an Oscar, Tony and Emmy Award. But acting isn’t her only passion. Helen has been doing the Royal Canadian Air Force workout routine on and off her whole life. The best part? This exercise routine only takes 11 minutes!

4. Arnold Schwarzenegger. We know him as an actor, bodybuilder and even a governor, but at 68 years old, he’s not letting his age keep him from being in the best shape possible. He’s always been known for his muscular physique, but he also raised money for the charity After-School Allstars, which provides children of low-income families with tutoring and physical education. It seems that nothing will keep this bodybuilding legend from being fit.

5. Johanna Quass. We all know gymnasts need a crazy amount of muscle to perform their amazing moves, but who ever said that gymnastics was only for the young? Currently at 90, Johnanna can still perform these astounding moves and was named the oldest gymnast in the world by the Guinness Book of World Records in 2012. Check out Johanna at 86 years old performing an age-defying gymnastics routine below:

6. Tao Porchon-Lynch. Out of all the names on this list, this is most likely the one that you do not know, but we cannot rave enough about her! This fit 97-year-old woman is a ballroom dancer, yoga master and even a former actress and model. She’s been practicing yoga for more than 70 years, and back in 2013, Tao was named as the oldest living yoga teacher by the Guinness Book of World Records.

This list we’ve created is certainly not exhaustive – there are so many more senior celebrities promoting fitness that it’s tough to list them all! We’re sure there’s many more you could think of, and that’s the key. Whenever you need a little motivation, just think of the accomplishments made by these age-defying celebrities to stay on track!