Talking To Dad About Taking Away The Car Keys 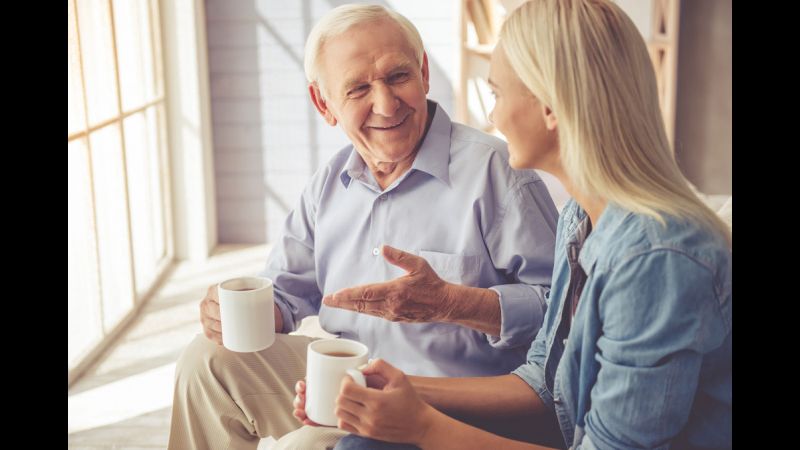 For many people, having the ability to drive a car means unlimited freedom and independence. From the moment you receive a driver’s license, you gain access to a whole world beyond your front door, especially if you live in areas that don’t have comprehensive public transportation. So when it’s time to talk about taking the car away from an elderly parent, the conversation will most likely be difficult.

As a caregiver who is taking care of elderly parents, figuring out how to convince an elderly parent to stop driving is just one of many difficult conversations you are bound to have. And while it’s tough to be in a position to be the “bad guy,” all of these challenging situations that you face as a caregiver stem from the love you have for your parent and your ultimate concern for their safety.

When it comes to an older parent getting behind the wheel, safety should be the utmost concern--both their own, and others who share the road with them. The Insurance Institute for Highway Safety has collected significant data on older drivers and has found that “drivers age 70 and older have higher crash rates per mile traveled than middle-aged drivers, though not as high as young drivers.”

The IIHS also found that senior drivers are more likely to be involved in “angle crashes, overtaking or merging crashes, and especially intersection crashes. Among passenger vehicle drivers involved in fatal crashes in 2014, multiple-vehicle crashes at intersections accounted for 37 percent of the crashes for drivers 80 and older, compared with 19 percent for drivers ages 16-59.”

They attribute these age-related accidents to age-related changes to both the body and brain, which can affect your vision, reaction time, and judgement, as well as to potential side effects from various medications. If you think it’s time to talk about taking the car away from an elderly parent, here are some tips to help you figure out how to convince an elderly parent to stop driving:

If they haven’t yet been in an accident, but you’ve noticed that they seem to have more trouble driving after dark, start by encouraging them to stop driving at night. No one responds well to sudden change, so taking it slow at first and easing them into this major life change could have a bigger impact than simply taking their keys away out of the gate.

Take Them The Doctor

Whether it’s a neurologist or an ophthalmologist, taking care of elderly parents often means accompanying them to doctor’s appointments so that nothing the doctor says gets lost in translation. You can even call the doctor’s office ahead of time to tell them some of your concerns privately before coming in with your parent.

Form collecting local bus or train schedules, to purchasing a metrocard or public transportation tokens, to downloading the Lyft app on their smartphones, doing this legwork for your aging parent will take a significant amount of stress out of the process for them. In fact, Lyft has recently partnered with Aging 2.0 to provide an “efficient and affordable transportation option for older adults and senior care providers.”

Be Ready To Listen

We often arm ourselves with only our own point of view when going into a difficult conversation like this, but you should also come prepared to listen. Taking the car away from an elderly parent also means taking away some of their independence, which is not an easy change to accept. Try to listen to their perspective, their concerns and feelings in order to make them feel more in control of what is happening. Reassure them that you are not trying to take away their driving privileges to hurt them, but rather to help them.

Figuring out how to convince an elderly parent to stop driving completely may take some time. If you agree to let your aging parent slowly transition out of being behind the wheel themselves, consider investing in a Mobile Guardian. Although Mobile Guardian is a medical alert device that works outside of the house, it can essentially serve as an On-Star-like device when your loved one is on the road. Should anything happen to them while driving, they won’t be alone; Medical Guardian’s 24/7 monitoring centers will be able to alert the authorities, as well as yourself, and send help to their location since Mobile Guardian is GPS-enabled.

If you’ve already had the conversation about taking the car away from an elderly parent, we’d love to hear from you! Tell us what worked or did not work for you and your loved one and we’ll share the results in another blog post. Message us on Facebook: https://www.facebook.com/MedicalGuardian/?fref=ts or share your thoughts on Twitter: https://twitter.com/MedicalGuardian